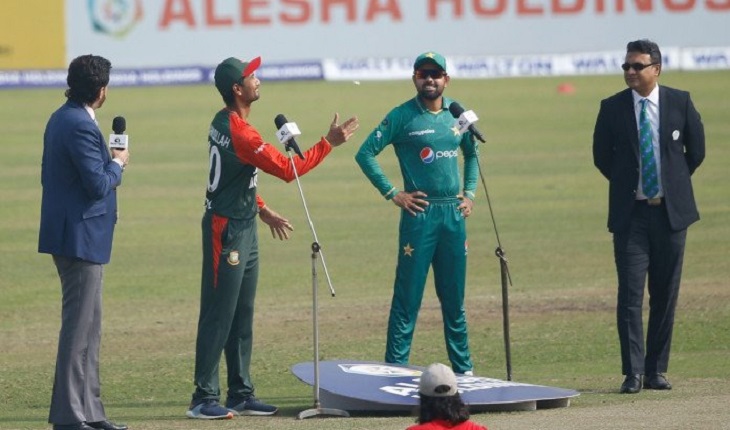 Bangladesh came up with yet another mediocre batting show to be restricted to 124-7 in the third and final T20 International against Pakistan at Sher-e-Bangla National Cricket Stadium today.

Opener Naim Sheikh was the top-scorer for the side with 47 off 50, hitting two fours and as many sixes while Shamim Patwari scored 22. Afif Hossain added 20.

In a bid to avoid whitewash for the first time at home in a three-match T20 International series, Bangladesh made three changes to the side including a debut to pacer Shohidul Islam.

But Bangladesh again made a disastrous start after opting to bat first as Najmul Hossain Shanto, who opened the innings, was out for 5. Dahani dismissed him for his debut wicket in his first over in International cricket.

Shamim Hossain, one of the three changes by Bangladesh was promoted to No. 3 position and looked to stabilize the innings with Naim. But he failed to carry the start before Usamn Qadir removed him.

With Naim playing patiently to keep one end intact, Afif struck two sixes, indicating a good day for Bangladesh. It was not to be as Usman Qadir again struck to take his wicket.

Pakistan bowlers bowled well in tandem to stem the run flow but Naim helped Bangladesh get past 100, before being out in the penultimate over.