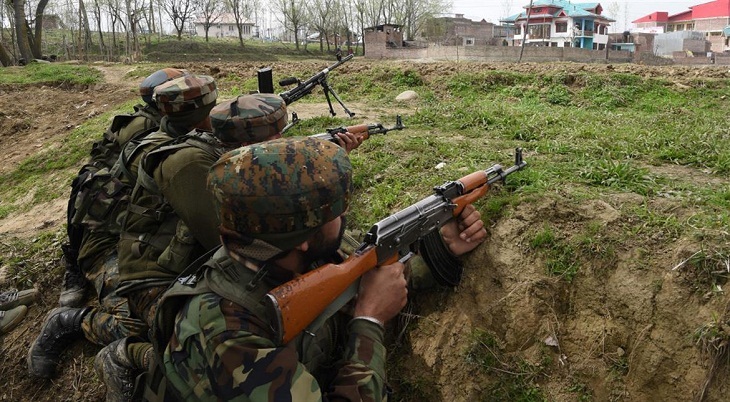 Soldiers and special counterinsurgency police forces surrounded a neighbourhood in Khudwani, a village in the south of Indian-administered Kashmir, after a tip-off about the presence of militants.

“Two militants (were) killed in an encounter with police, army and CRPF (Central Reserve Police Force). One was arrested,” a police statement said.

Police fired tear gas to disperse hundreds of local residents who took to the streets in support of the slain militants and threw stones at government forces.

The gun battle came a day after government forces killed two suspected rebels and captured another in the southern Shopian area after a day-long exchange of fire.

More than 140 suspected militants have been killed so far this year in the restive Kashmir valley, where India has deployed thousands of additional troops to hunt for anti-India rebels in an offensive dubbed “Operation Allout”.

Kashmir has been divided between India and Pakistan since the end of British colonial rule in 1947. Both claim the Himalayan territory in full.

Hizbul Mujahideen is one of several rebel groups fighting the roughly 500,000 Indian soldiers deployed in the territory, demanding independence or a merger with Pakistan.

Tens of thousands have died in the fighting, mostly civilians.

8 killed, including gunman, in shooting at Texas home

Over 1,000 killed in Myanmar violence: UN