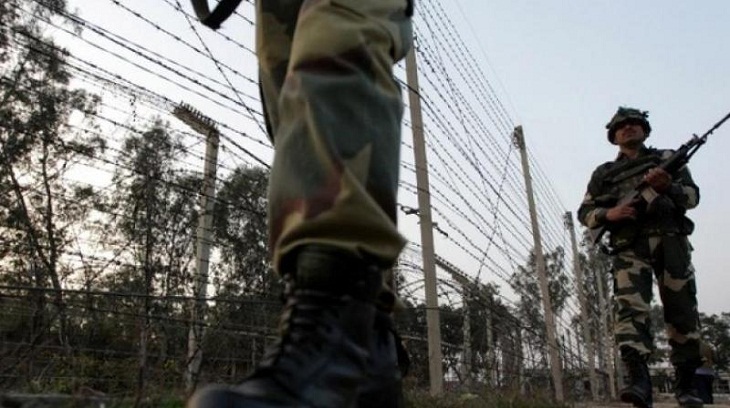 In a statement, the military said the "unprovoked cease-fire violation" along the Line of Control took place Monday in Rawalakot in Pakistan's part of Kashmir. Officials said Pakistan also returned fire but no other details were available and it was not clear whether India suffered any casualties as well.

There was no immediate response from India, but the two sides routinely accuse each other of initiating fire.

On Tuesday, the situation was still tense in various parts of Kashmir and residents were fleeing to safer places in the region.

Monday's incident took place hours after the wife and mother of an imprisoned Indian naval officer who faces the death penalty in Pakistan for espionage and sabotage were allowed to meet with him in Islamabad.

The latest incident took place days after India's army claimed three Indian soldiers were killed and one injured in Pakistani firing along the highly militarized de facto border between the nuclear-armed rivals.

India said that Pakistani soldiers violated the 2003 cease-fire accord by targeting Indian forward posts on Saturday in Rajouri sector.

Pakistan's army and the foreign ministry did not respond to the Indian claims.

India and Pakistan have a long history of bitter relations over the Himalayan territory of Kashmir, which is claimed by both in its entirety.

They have fought two of their three wars over the region since they gained independence from British colonial rule in 1947.

27 dead after bus falls off bridge into river in India