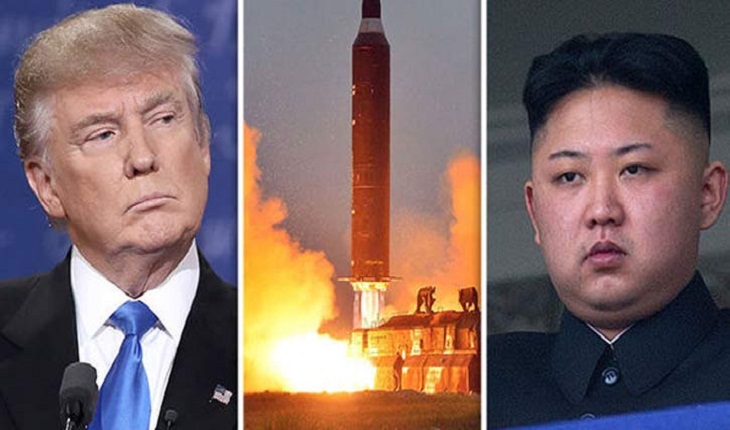 US President Donald Trump has boasted that his nuclear button is "much bigger" and "more powerful" than North Korean leader Kim Jong-un's.

Trump's tweet is the latest contribution to the bickering, increasingly personalised feud between the nuclear-armed leaders.

Kim threatened earlier this week that his nuclear launch button was "always on my table".

It ended a quick-fire day of tweeting that included taking credit for a lack of airplane crashes, announcing awards for "corrupt media", and threatening to pull aid from Palestinians who do not show "appreciation or respect".

Trump's latest comment states the obvious: any US president has immediate access to the nuclear codes and the US has the world's biggest nuclear arsenal.

Just as the president's unorthodox Twitter habits have puzzled observers in the past, the tweet is again redefining what's considered a diplomatic or presidential tone.

Many people online have expressed alarm at the apparently light-hearted use of nuclear threats by world leaders.

But Trump's supporters have defended him, saying his comments are both factually accurate and show American strength and resolve.

However, much of the social media comment has focused on Trump's apparent fixation with size.

During his presidential campaign, he had a long-running spat with Marco Rubio over the size of his hands.

At the time, Trump insisted: "He referred to my hands - 'if they are small, something else must be small'. I guarantee you there is no problem. I guarantee".