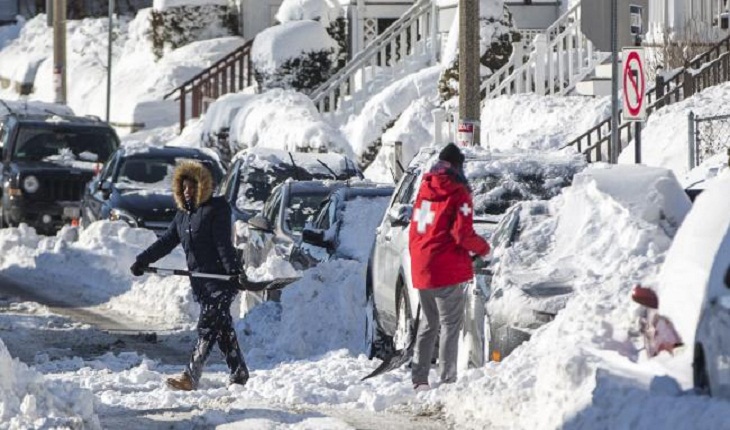 Street crews dug out snow-clogged roads across the US northeast as the weekend approached after a powerful blizzard, as temperatures plunged during a brutal cold spell that has already killed at least 18 people.

Extreme cold will reach from the US New England to the Midwest and down to the Carolinas, forecasters warned on Friday US time.

Temperatures were expected to be well below freezing across the northeastern US for the next several days. From Baltimore to Caribou, Maine, workers battled to clear snow and ice as wind chills were forecast to fall as low as minus 40 degrees Celsius in some areas after sundown, according to the US National Weather Service.

In the latest fatality blamed on the harsh conditions, a driver slid off an icy road, killing a pedestrian, early on Friday in North Charleston, South Carolina, city officials said. The 17-year-old driver was arrested on charges including going too fast for the conditions, they said.

“The dangers are real,” the officials warned in a Twitter message. “Huge patches of ice all over the city. Stay at home.”

In much of New England on Friday, the highs reached only into the single digits or teens Fahrenheit, but wind chills made it feel below zero in many places. “It can be very dangerous,” said Dan Pydynowski, a meteorologist with private forecasting service AccuWeather.

“Any kind of exposed skin can freeze in a couple of minutes.” There were noticeably fewer tourists on Friday afternoon in New York City’s Times Square, which is usually thronged with visitors.

Arjun Shah, a 22-year-old Briton, studies in Indiana but had never visited the US East Coast. He flew in to New York City, where temperatures have been below freezing since Christmas Day, just 24 hours before the blizzard struck.

“Oh it’s so bad! It’s not this bad in London,” Mr Shah said, shivering while taking a break from snapping photos of Times Square.

US suspends military equipment delivery, most aid to Pakistan

11 killed in US 'bomb cyclone'