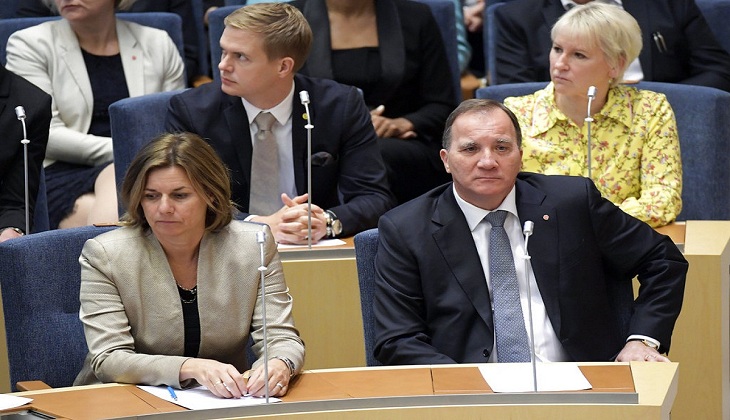 Sweden's prime minister lost a vote of confidence in parliament on Tuesday after an election earlier this month stripped him of his majority.

Stefan Lofven, the leader of the Social Democratic Party who has been prime minister for four years, will continue in a caretaker role until a new government can be formed that has the command of the Riksdagen.

Lawmakers voted 204-142 against Lofven, while three abstained. The vote was mandatory after the Sept. 9 general election delivered a hung parliament.

Though Lofven remains optimistic that he may be able to form a government, the vote means Sweden faces weeks of political uncertainty. Both main political blocs in the parliament have refused to cooperate with the anti-immigrant Sweden Democrats, which made great strides in the election.

Neither the left-leaning bloc led by the Social Democrats nor the Moderates-led center-right opposition managed to secure a majority in the 349-seat parliament.

Andreas Norlen, a member of the center-right Moderates who was elected Monday as speaker, is charged with trying to find someone in parliament who may be able to command a majority and to form a government. He alone decides which of the party leaders can begin these talks.

Lofven remained optimistic he could form a governing coalition but stopped short of saying with whom.

"I am available for talks," Lofven said after the vote.

Lofven ruled out having any contacts with the Sweden Democrats, saying "time after time, their connections to racist and Nazi organizations have been exposed."