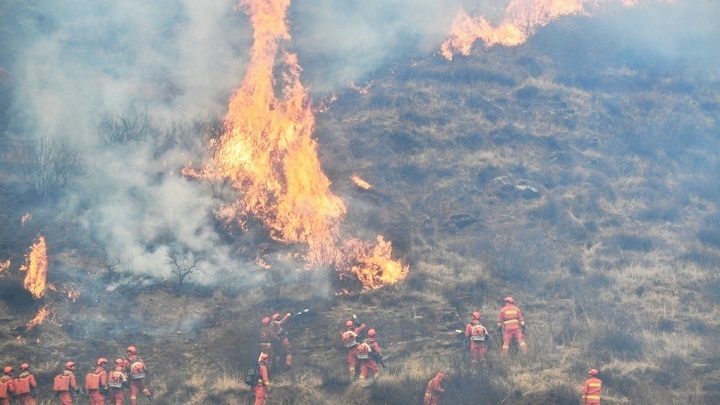 At least 26 firefighters were killed while battling a forest fire high in the mountains of western China's Sichuan province, the government said Monday.

The deaths occurred after a change of wind Sunday as the firefighters were battling the blaze in a rugged area at an altitude of 3,800 meters (12,500 feet), according to the Ministry of Emergency Management and the military. The ministry said a search was underway for others who'd gone missing, but gave no numbers.

The People's Liberation Army's Western Theater Command had earlier put the number of dead at 24.

A total of 689 firefighters were battling the blaze that erupted on Saturday, but contact was lost Sunday with 30. Two helicopters carrying medical staff were dispatched and two of the missing firefighters were found and confirmed the deaths of the others.

China has been battling forest fires in recent weeks in various parts of the vast country, including on the outskirts of Beijing. Scores of workers have also died in recent industrial accidents, including 85 in a pair of explosions last month.

Last 2 pandas at San Diego Zoo to leave for China