9/11 attacks: US to reveal key name in Saudi suit 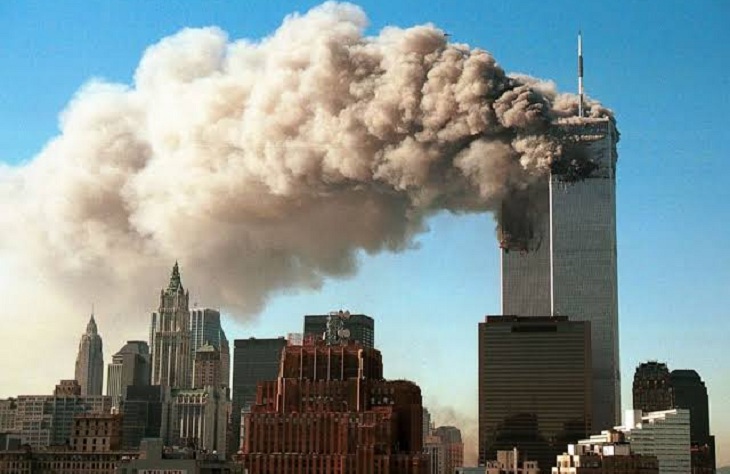 The US Department of Justice has said it will reveal a key name sought by people suing Saudi Arabia for alleged involvement in the 9/11 attacks.

It says the information will be shared with attorneys representing the victims' families. It is unclear if the person's identity will become public.

Fifteen of the 19 al-Qaeda hijackers who staged the attacks were Saudis.

In 2004, the 9/11 commission set up by Congress found no evidence that the Saudi government funded al-Qaeda.

However, a 2012 report by the Federal Bureau of Investigation (FBI) said the agency was investigating Fahad al-Thumairy and Omar Ahmed al-Bayoumi, Saudi nationals who had allegedly helped the attackers.

The report, which was released in a redacted form, also referred to the third person. But the name was blacked out.

The victims' families suing the Saudi government have been demanding for the identity of that person to be released.

On 11 September 2001, attackers deliberately flew planes they had seized into New York's World Trade Center and the Pentagon in Washington DC. Another hijacked plane was brought down in a field in Pennsylvania.

Saudi Arabia has always denied any connection with the hijackers.

On Thursday, the department said the decision to unmask the name of the Saudi official was taken by Attorney General William Barr.

The attorneys for the victims' families have said the unnamed individual is likely a more senior Saudi official than the two people named in the 2012 FBI report.