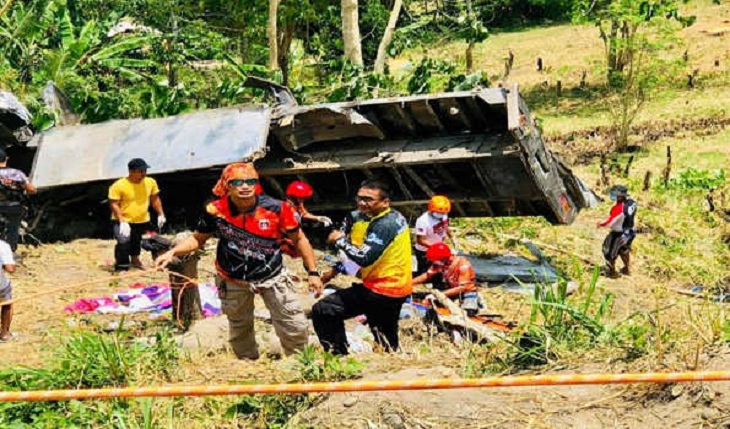 Philippine authorities say 19 people died when a carrying more than 40 people fell down a mountain ravine in the north.

Police say 22 other people aboard the truck, including the driver, were injured in the accident Thursday night in Conner town in Apayao province, reports AP.

The truck was carrying mostly elderly farmers and villagers returning home after receiving seeds and financial help from local officials in nearby Kalinga province.

Officials say the brakes apparently failed and caused the driver to lose control of the truck on the road.

Many similar accidents have occurred in the Philippines' sparsely populated northern mountains because of the poor condition of vehicles and roads and the lack of signs, railings and other safety features.

At least 17 killed as bus plunges off cliff in Peru