Union Territories of Jammu and Kashmir, Ladakh depicted in new map of India 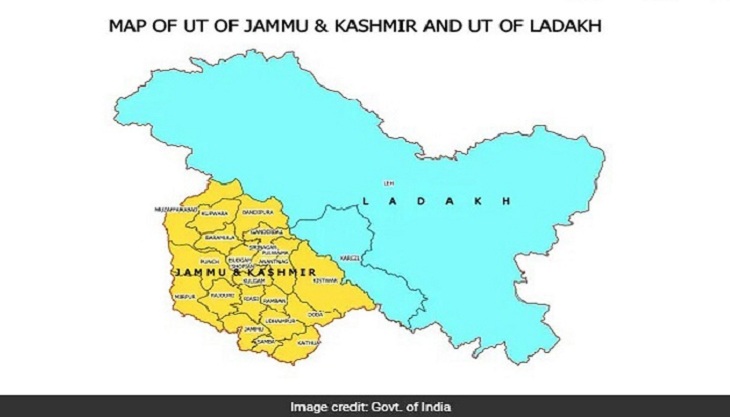 India’s Jammu and Kashmir is no longer a state with effect from October 31 as it has been split into two union territories (UTs), Jammu and Kashmir and Ladakh, the Union Home Ministry Amit Shah on Saturday, issued a notice designating the new boundaries of the two UTs.

With this, a whole new political map of India has been implemented that shows the areas previously labelled as Pakistan-occupied Kashmir (PoK) as part of the UT of Jammu and Kashmir, reports The Statesman.

Jammu and Kashmir has been under the Governor’s rule since 19 June 2018 when the PDP-BJP coalition government fell as the latter withdrew support to the Mehbooba Mufti-led alliance regime.