US, UK warn on travel to India after clashes 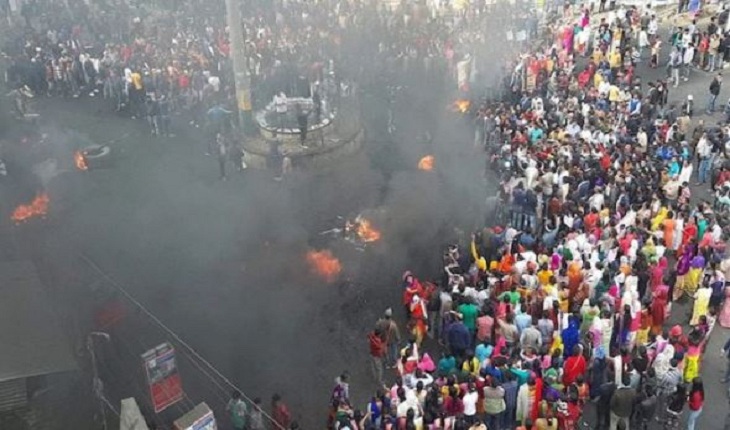 Many in the far-flung, resource-rich region fear the new legislation will grant citizenship to large numbers of immigrants from neighbouring Bangladesh, who they accuse of stealing jobs and diluting the region's cultural identity.

No major incidents were reported overnight in Guwahati in Assam state, the epicentre of the protests, where two were shot dead and 26 hospitalised this week after security forces fired blank and live rounds, medical staff said.

The funeral procession of 18-year-old Sam Stafford, who was killed in the firing, took place on Friday and was attended by hundreds of angry and distraught mourners who shouted "Long live Assam" in Dispur, the state capital adjoining Guwahati.

"We were watching news all day on TV about the protests when my nephew left home in the evening. We asked him not to go but he went with his friends," the student's aunt Julie Stafford told AFP.

Authorities announced a curfew in place in Guwahati would be lifted from 9am to 4pm Saturday.

But some protest groups said they planned to defy the curfew with more demonstrations planned for the afternoon and evening.

Samujjal Bhattacharya from the All Assam Students Union, which has been at the forefront of the protests, told AFP the group would continue its fight against the new law "in the streets and in the court".

Indian Prime Minister Narendra Modi and Japanese counterpart Shinzo Abe postponed a summit that had reportedly been due to be held in Guwahati from Sunday, and the United States and Britain warned their nationals to "exercise caution" if travelling to the wider northeast region.

Other smaller protests against the new law erupted elsewhere around India Friday, with riot police clashing with hundreds of mostly student protestors in New Delhi and demonstrators setting fire to buildings at a railway station in West Bengal, officials said.

Rallies were also held in Kerala and Karnataka in the south as well as in Modi's home state Gujarat in the west.

The Citizenship Amendment Bill (CAB) -- approved this week -- allows for the fast-tracking of applications from religious minorities from Pakistan, Afghanistan and Bangladesh, but not Muslims.

For Islamic groups, the opposition and rights organisations, it is part of Modi's "Hindutva" Hindu nationalist agenda to marginalise India's 200 million Muslims.

Modi denies this and says that Muslims from the three countries are not covered by the legislation because they have no need of India's protection.

The passage of the bill sparked angry scenes in both houses of parliament this week, with one lawmaker likening it to anti-Jewish legislation by the Nazis in 1930s Germany.

The chief ministers of several Indian states -- West Bengal, Punjab, Kerala, Madhya Pradesh and Chhattisgarh -- have said they will not implement the law.

Babri mosque verdict should not be seen as matter of victory or loss: Modi