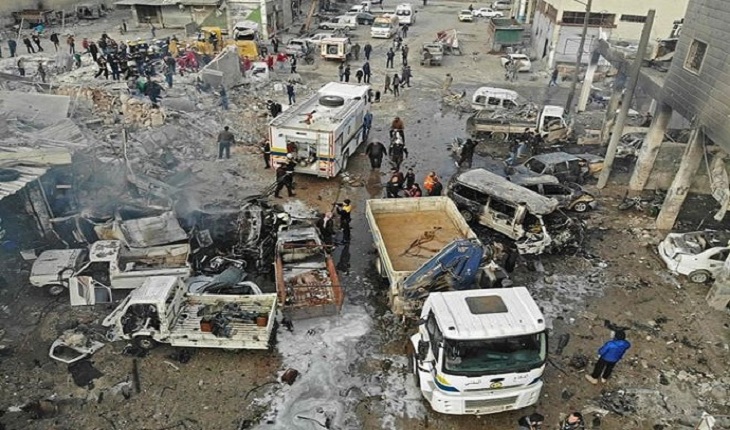 At least 18 civilians are reported to have died in airstrikes that hit a market and an industrial zone in the Syrian rebel-held city of Idlib on Wednesday.

A monitoring group said Russian and Syrian government planes carried out the attacks.

The airstrikes happened despite a ceasefire brokered earlier this month by Russia and Turkey.

Idlib is the capital of the north-west province of the same name and is the last stronghold of rebel groups.

Neither the Syrian government nor its Russian allies have so far commented on the latest air strikes.

The UK-based Syrian Observatory for Human Rights (SOHR) said bombardments had hit the busy al-Hal market and the industrial zone in Idlib city.

The truce brokered by Turkey and Russia was supposed to have come into effect on Sunday.

Russia banned from global sports for 4 years over doping

Russia says will not allow clashes between Turkey and Syria