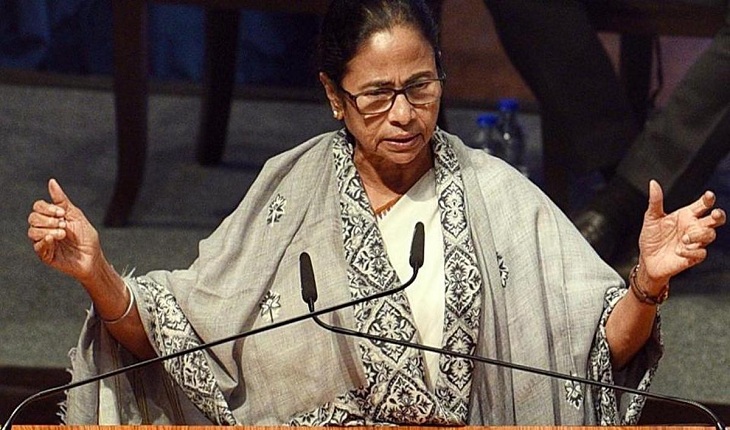 Bengal chief minister Mamata Banerjee on Monday followed the states of Kerala and Punjab, saying the Trinamool Congress (TMC) government too will pass a resolution against the Citizenship (Amendment) Act (CAA) and demand its withdrawal.

“For CAA we will pass a resolution within three to four days. We passed a resolution against CAB and NRC. At that time the CAB was a bill. Now it is a law. So, we will pass a resolution demanding its withdrawal,” said Banerjee at the Kolkata airport before leaving for North Bengal where she will lead anti-CAA rallies in the plains and Darjeeling till January 24. TMC lost all the Lok Sabha seats in the region last year.

Significantly, Banerjee’s statement comes two days after TMC Lok Sabha MP Saugata Roy said at an anti-CAA training programme for party leaders in North 24 Parganas district that Bengal was a step behind Kerala and Punjab in opposing CAA since these two states have passed resolutions against the amended citizenship law.
A few days ago, the government stopped the Congress and Left parties from introducing a resolution against CAA in the state assembly, saying the government had passed a resolution against NRC three months ago.

Congress legislator and leader of the opposition in the Bengal assembly, Abdul Mannan said, “It (the proposed resolution) is our baby. When we moved it, TMC criticized us. Banerjee has taken the decision because her credibility in the battle against CAA has come under question.”

Bharatiya Janata Party (BJP) Bengal unit vice president Jay Prakash Majumdar said, “She (Banerjee) has the majority in the assembly and hence can pass any resolution, including one that may say that none of the accused in the Narada probe can be arrested. That will not change the law of the country.”

“We have passed a resolution against NPR. I will request other states also to pass the same resolution,” said Banerjee referring to the government notification stalling all work relating to the National Population Register.

Asked if she would call a meeting of opposition parties or whether she has plans to invite chief ministers of north eastern states to discuss issues related CAA, NPR and National Register of Citizens (NRC), Banerjee said that if the chief ministers are interested she can convene a meeting in Kolkata.

“The time has to be convenient because Republic Day is round the corner and they are all busy. Then we have Saraswati Puja, which is a big festival in the state. We are also busy,” said Banerjee.
“I will appeal to all the chief ministers and governments of north eastern states including, Tripura and Assam, ruled by opposition and BJP, to oppose CAA, NPR and NRC,” said Banerjee.

“In NPR there are so many conditions which are related to NRC. I will request them to check the law properly before taking any decision on starting the NPR exercise. I request them not to participate,” said Banerjee.

“I came to know from the media that there is s column which asks citizens to produce their parents’ birth certificates and address. I have not seen it but media says it is not mandatory. If it is not mandatory why should it be there on paper? It (the clause) should be withdrawn. If it is included in the paper then you will have to give all details and certificates. Those who do not give would be excluded automatically (from the citizens list). There is an apprehension,” said Banerjee.

“First they (the Centre) have to withdraw all these clauses and conditions. I think this is a very dangerous trend. I will request all the opposition states and the BJP-ruled states in north-east to pass a resolution together. NPR is a very dangerous game as it is related to CAA and NRC,” said Banerjee.

A few hours later, while addressing the crowd at a public meeting, Banerjee said, “Even I will not be able to provide these documents.”

“Other parties talked big (on NPR) but everybody went to the NPR meeting, except for us. We are fighting alone but I will keep fighting. I once again request all opposition-ruled states, including those in the North-East, to oppose CAA, NRC and NPR. They have been told in sugarcoated words that providing the date of birth or birthplace of parents is voluntary. Is it so simple? No! If you leave those columns blank while providing information for NPR, you will be waiting for trouble later,” said Banerjee.

“Have you seen any blank column in a mark sheet? As long as the provisions are not struck out, there is no meaning of these sugarcoated words. We are not buying it,” she said.

Are you Pakistan’s ambassador?

Citizenship law is not 'anti-Muslim'

India protests rage on as death toll rises to 20