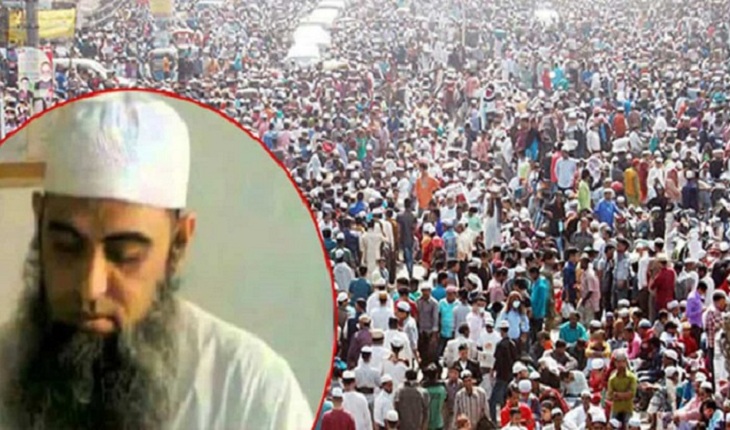 India’s Tabligh-e-Jamaat cleric Maulana Saad has been untraceable since March 28 after he was served a notice by the Delhi police.

On Tuesday, an FIR in the connection was registered, the police sources said on Wednesday, adding the report has named seven others as well.

A search to trace Maulana Saad is underway, they said.

The news was confirmed after ANI reported "Whereabouts of Maulana Saad are not known since 28th March when he was served a notice by the police. Search for him is currently underway."

The police have registered the FIR under sections of the Epidemic Disease Act and other sections of the Indian Penal Code for not following government orders on the management of Nizamuddin Markaz in relation to a social, political or religious gathering.

Meanwhile, the Tabligh-e-Jamaat's Markaz in Nizamuddin West, which is among the major COVID-19 hotspots in the country, has been cleared after the evacuation of 2,361 people in the past 36 hours, Delhi Deputy Chief Minister Manish Sisodia said on Wednesday.

Taking to Twitter, Sisodia said that out of the 2,361 people, 617 have been admitted to hospitals while the rest quarantined.

"The medical staff, administration, police and DTC staff worked together in this 36-hour operation, putting their lives at risk. Hats off to all of them," the deputy chief minister said in another tweet.
The total number of coronavirus cases in Delhi climbed to 120 on Tuesday after 23 new cases of the disease were reported on Tuesday.

These 120 cases include 24 people who took part in a religious congregation at the Markaz in Nizamuddin West earlier this month.

Till Monday night, the number of cases of the deadly COVID-19 (coronavirus disease) stood at 97, including two deaths.