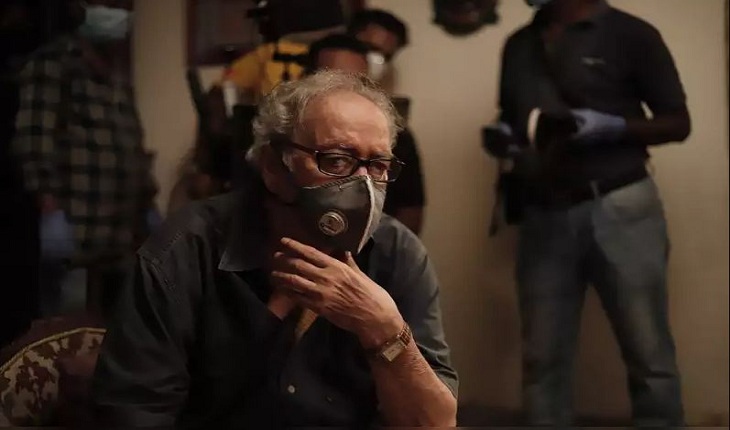 Celebrated actor Soumitra Chatterjee has tested negative for coronavirus and his condition improved Wednesday evening, doctors treating him at a private hospital in the city said.

The 85-year-old thespian had no fever since Tuesday evening but is still in an "acute confusional state". He is, however, responding to verbal commands and is opening his eyes at times, the doctors said.

Today the health condition of Mr Chatterjee has improved compared to what it was in the last 48 hours. He is now responding to verbal commands and opening eyes at times spontaneously, a senior doctor treating him said.

His involuntary movements and the jittery condition is persisting. His kidney, liver function, ammonia level in the blood, the infective mucus are normalising or are almost normal. The cardiac function, blood pressure, respiration and urine output are also improving, they said.

"We have given him a little oxygen support and at times intermittent BiPAB support on precautionary circumstances. He is doing fine on that part too, the doctors said.

The critically acclaimed actor, who has the rare distinction of having worked with maestros like Satyajit Ray, Mrinal Sen, Tapan Sinha and Tarun Mazumdar, was admitted to a private hospital here on October 6 after he tested positive for COVID-19.

He had to be shifted to the ITU as his condition turned critical. A team of 15 doctors is overseeing him at the hospital.