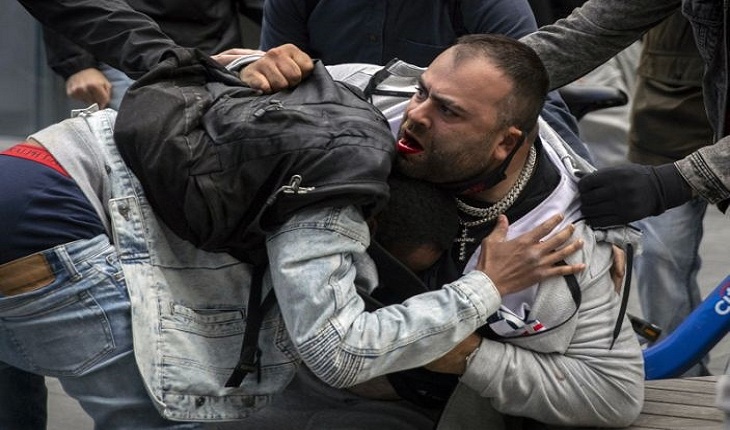 Political tensions over the forthcoming presidential election erupted on the streets of New York City on Sunday, as US President Donald Trump's supporters clashed during a day of protests with counterprotesters.

The New York Times reported that eleven people were arrested, police said, during skirmishes between opposing sides in Manhattan, where Rudy Giuliani, the president's personal lawyer and the city's former mayor, met demonstrators targeting a convoy of vehicles formed by a community calling itself as Trump's Jews.

All were released, with the exception of a 36-year-old man who threw eggs in two police officers' faces, police said.