Attacker arrived in Europe from Tunisia days ago 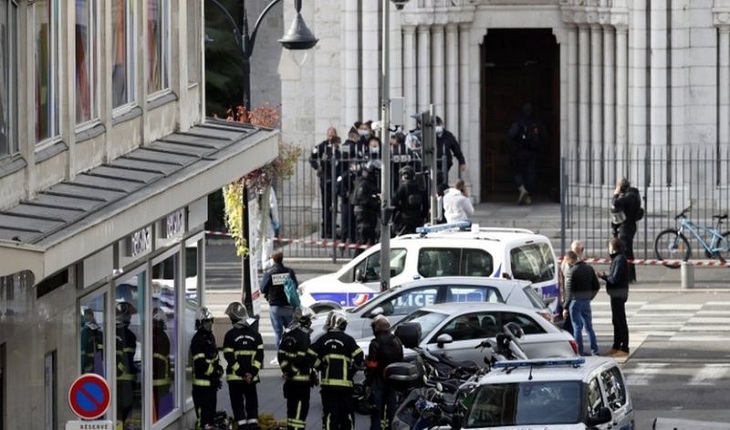 Just recently did the Tunisian man who murdered three people in a French church arrive in Europe, officials say.

The defendant, 21, had an Italian Red Cross document released last month after arriving by migrant boat on the Italian island of Lampedusa.

The police shot him and he is in a critical condition. The French Chief Anti-Terrorism Prosecutor said one of the victims was "virtually decapitated."

Emmanuel Macron, the French President, said that it was a "Islamist terrorist attack."

Mr. Macron said the number of soldiers deployed to defend public places will increase from 3,000 to 7,000, such as churches and schools.

The investigation was opened by anti-terrorist authorities, and France increased its national security warning to the highest level.

In the Nice attack, the attacker was repeatedly heard shouting "Allahu Akbar" (God is greatest) before the police shot him.