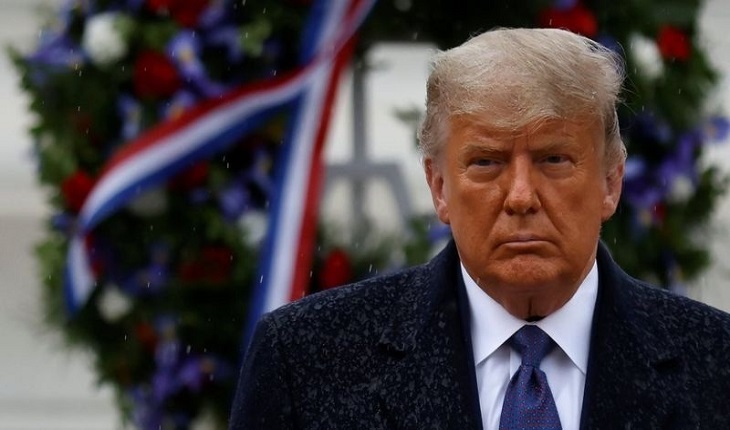 A judge in Pennsylvania has dismissed a Trump campaign lawsuit that tried to invalidate millions of swing state mail-in ballots.

Judge Matthew Brann said without merit" was the suit, which rested on charges of irregularities.

The step paves the way for Pennsylvania to certify Joe Biden's victory next week - he leads by over 80,000 votes.

This is the latest blow to Donald Trump, who is seeking to overcome his defeat in the presidential election on 3 November.

He declined to accept and made accusations of systematic electoral fraud, without any proof being given.

The absence of a concession has altered the mechanism that typically follows a US election, the BBC said.