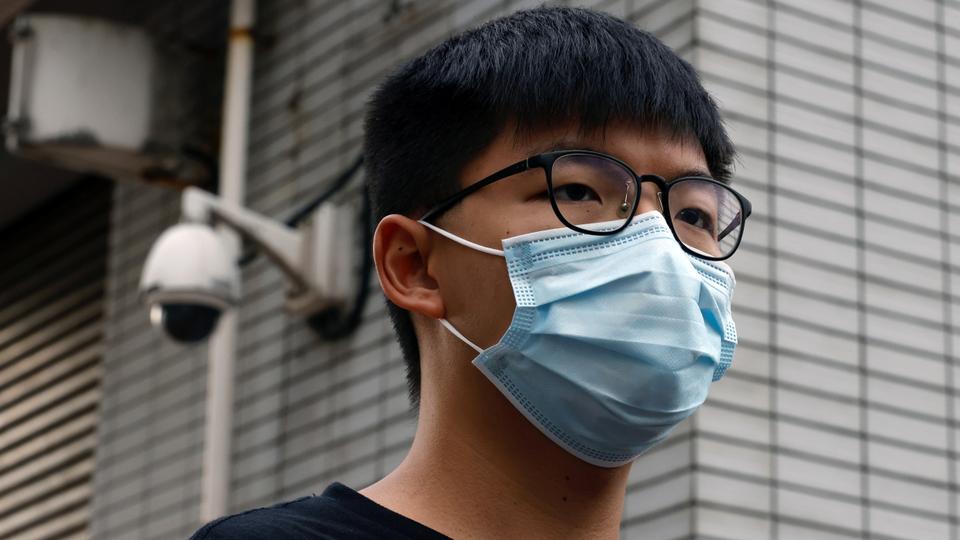 Wong was prosecuted alongside close friends and fellow campaigners Ivan Lam and Agnes Chow over a rally outside the police headquarters.

"It's not the end of the fight," the 24-year-old said on Twitter in a message conveyed by lawyers shortly after his sentencing. "We're now joining the battle in prison along with many brave protestors, less visible yet essential in the fight for democracy and freedom for (Hong Kong)," he added.

The trio -- some of the city's most visible and vocal critics of Beijing's rule -- pleaded guilty to inciting an unlawful assembly and other charges.

Magistrate Wong Sze-lai said prison was "the only appropriate option" for a protest that besieged the police headquarters as she handed Wong a 13.5 months sentence. Chow, who turns 24 today and burst in tears in court, received 10 months. Lam got seven months.

Hong Kong was convulsed by seven straight months of huge and often violent rallies last year in which millions took to the streets.

Beijing has refused demands for universal suffrage and authorities have pursued democracy supporters with criminal cases and a tough new security law.

The tactics have stifled the movement and restored a semblance of calm.

But the finance hub remains deeply polarized with many still seething against Beijing's growing hold on the semi-autonomous city.