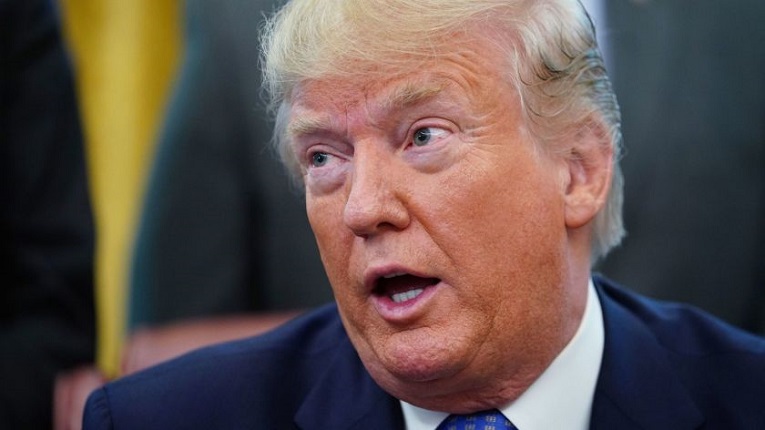 The Trump administration is suing Facebook over allegations that the tech giant discriminated against U.S. workers by creating recruitment processes that favored temporary visa holders, according to a complaint filed by the Department of Justice (DOJ) Thursday.

The complaint alleges that Facebook created a separate hiring process for certain temporary immigration status holders, such as H-1B visa holders, and alleges Facebook did not consider U.S. workers for more than 2,600 positions with an average salary of about $156,000.

The complaint is the Trump administration’s latest action targeting a big tech company.

“Our message to workers is clear: if companies deny employment opportunities by illegally preferring temporary visa holders, the Department of Justice will hold them accountable. Our message to all employers— including those in the technology sector — is clear: you cannot illegally prefer to recruit, consider, or hire temporary visa holders over U.S. workers,” Assistant Attorney General Eric S. Dreiband of the Civil Rights Division said in a statement.

A Facebook spokesperson said in a statement that “while we dispute the allegations in the complaint, we cannot comment further on pending litigation.”

The spokesperson also said that Facebook has been cooperating with the DOJ in its review of this issue.

The complaint alleges that when certain employees holding temporary immigration status at Facebook ask the company for permanent positions through the permanent labor certification process, the tech giant “creates a permanent position that is only open to that temporary visa holder.”

For those positions, Facebook “implements a recruitment process intentionally designed to deter U.S. workers from applying,” including not advertising the post on its website, not accepting applications online and requiring candidates to mail in their applications, the complaint alleges.

The process differs from Facebook’s general practices, according to the complaint.

Facebook typically uses a “rigorous and competitive hiring process,” including advertising the position on its website and receiving hundreds of applications, the complaint states.

The suit is the latest legal battle facing Facebook. The Federal Trade Commission (FTC) and a group of states are separately planning antitrust suits against Facebook, targeting the tech giant’s acquisition of smaller apps Instagram and WhatsApp.

The FTC and state attorneys general are reportedly expectec to announce plans for legal action soon.