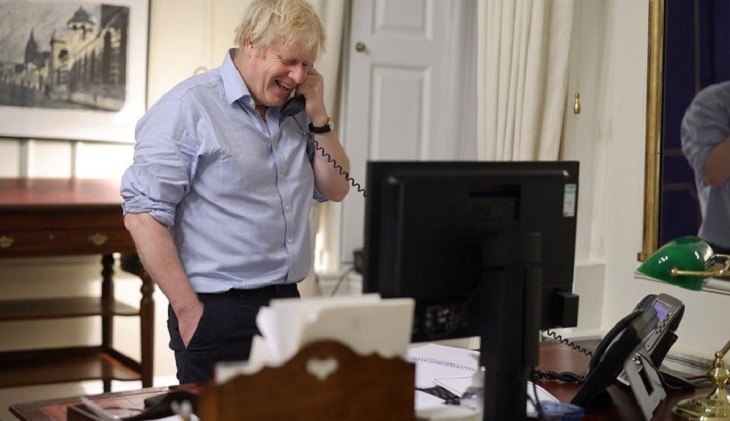 UK Prime Minister Boris Johnson has spoken to Joe Biden for the first time since the new US president was inaugurated.

Johnson said on Twitter that he looked forward to "deepening the longstanding alliance" between the UK and the US as they drove a "green and sustainable recovery from Covid-19".

Biden was sworn in as president and Kamala Harris as vice-president in a ceremony in Washington on Wednesday.

The PM said their inauguration was a "step forward" for the US.