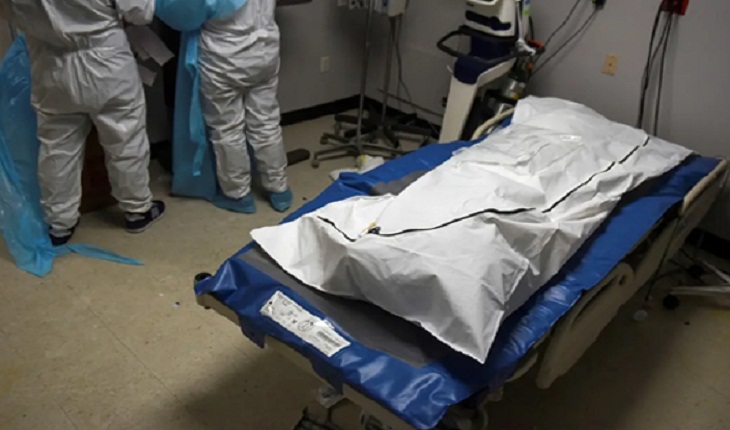 The United States stood on the brink Sunday of recording 500,000 Covid-related deaths since the start of the pandemic, while nations globally pressed on with vaccination rollouts, including with Australia giving its first shots.

The catastrophic US toll comes as some signs of hope are emerging in the world’s hardest-hit country, with millions of people now vaccinated and winter’s massive spike in infections dropping.

But deaths are still coming, and President Joe Biden last month warned that “well over” 600,000 people in the US could die from the virus.

“It’s terrible. It is historic. We haven’t seen anything even close to this for well over a hundred years, since the 1918 pandemic of influenza,” Biden’s chief medical advisor Anthony Fauci told NBC’s “Meet The Press.”

“It’s something that is stunning when you look at the numbers, almost unbelievable, but it’s true,” Fauci added.

As of Sunday night, the US toll on the Johns Hopkins University tracking website stood at 498,879. Globally, the figure was approaching 2.5 million.

After America’s first Covid-19 death was announced in February last year, it took about three months to pass the 100,000 mark, during a first wave that hit New York particularly hard. But as the outbreak surged across the country, the pace of deaths increased, with the toll jumping from 400,000 in just over a month amid a spike fueled in part by holiday gatherings.

Fauci noted the number of daily new infections was on a steep decline after peaking in January, but he added normal life may still be some way off. “I think we’ll have a significant degree of normality… as we get into the fall and the winter, by the end of the year,” Fauci said on CNN’s “State of the Union.”

According to the US Centers for Disease Control and Prevention (CDC), more than 61 million people have received at least one shot of vaccine in the United States, with some 18 million getting the full two doses.

Biden has made it a priority to get 100 million people vaccinated within the first 100 days of his administration.

In Australia, top officials Sunday were among a small group receiving the first vaccinations, a day before the program starts in earnest.

Prime Minister Scott Morrison got the Pfizer/BioNTech vaccine at a medical center in Sydney, in what the government said was a bid to boost public confidence in the vaccinations that have been subject to some anti-vaccine protests.

Meanwhile, in Britain, the government vowed to offer a first coronavirus vaccine dose to every adult by the end of July, as it readied to announce a gradual easing of its third lockdown.

More than 17 million people have now received at least a first vaccine dose — one third of the adult UK population.

And in Gaza on Sunday, some 20,000 Russian-made Sputnik V vaccine doses arrived from the United Arab Emirates.

The jabs came via the Rafah crossing with Egypt, meaning they did not pass through Israel, which has maintained a tight blockade on Gaza since 2007.

Biden last week said the program to deliver vaccines into people’s arms is as complicated as the already intense challenges of manufacturing them in huge quantities at speed.

But he said his 100-million-shot goal is on track to be easily surpassed, with a current average of 1.7 million vaccinations a day.

Biden said he did not want to give firm predictions of when the crisis will be curbed, but said that 600 million doses — enough to provide the two- dose regimen to most of the country — were expected to be ready by the end of July.

The president is expected to speak Monday about the latest toll, and he is to be joined by Vice-President Kamala Harris at sunset for a moment of silence and a candle-lighting ceremony.

Though concern has grown over variants of the virus, especially those that appear to spread more easily and render current shots less potent, Fauci sounded a hopeful note on whether another surge was coming.

“I don’t think at all that it is inevitable,” he told CNN. “The vaccines we are currently distributing now, the Moderna and Pfizer vaccines, work very well against the UK variant.”

Underscoring the remaining risks, German Health Minister Jens Spahn urged caution Sunday in the face of rising coronavirus infection numbers, just as schools across the country prepare to reopen. And in Italy, a top virologist warned that cases were on the rise again.