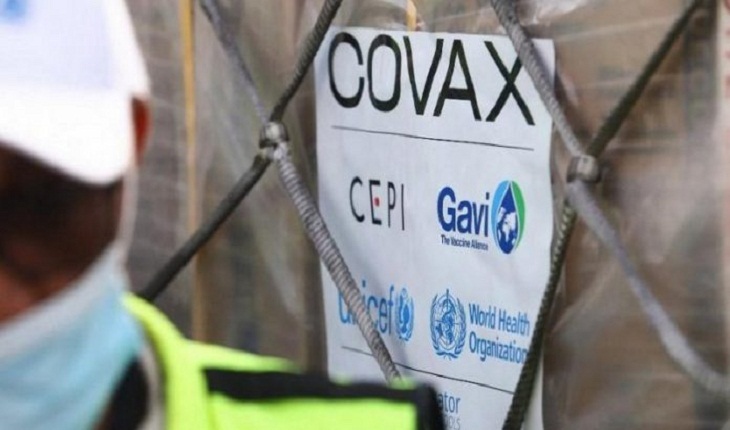 Ghana’s President Nana Akufo-Addo on Monday became the first recipient of a coronavirus vaccine under the global Covax scheme, as US health workers prepared to distribute nearly four million doses of the single-shot Johnson & Johnson jab.

Covax, a scheme designed to ensure poorer countries do not miss out on vaccinations, is aiming to deliver at least two billion jabs by the end of the year.

Akufo-Addo received his AstraZeneca shot live on television along with his wife, while in neighboring Ivory Coast a presidential spokesman got the country’s first jab, also part of a Covax delivery.

“It is important that I set the example that this vaccine is safe by being the first to have it so that everybody in Ghana can feel comfortable,” the president said.

“It’s encouraging to see health workers in lower-income countries starting to be vaccinated, but it’s regrettable that this comes almost three months after some of the wealthiest countries started their vaccination campaigns,” he said.

India’s Prime Minister Narendra Modi also got vaccinated on Monday — although a glitch in the online booking system meant thousands of others were turned away from hospitals nationwide.

And in the United States, 3.9 million doses of the one-shot Johnson & Johnson vaccine are due to be delivered after it became the third jab approved by US regulators.

The J&J rollout comes as a boost to President Joe Biden’s plan to beat back a virus that has killed more than half a million Americans, making the US the world’s worst-hit nation.

Also on Monday was the latest in a string of positive news about the available vaccines: a British study showed that the Pfizer and AstraZeneca vaccines were “highly effective” in preventing serious illness in older people, with a more than 80 percent reduction in hospitalization.

The real-world study came just hours before France reversed its decision and authorized the AstraZeneca vaccine for people over 65.

Health Minister Olivier Veran said the vaccine would be extended to those between 65-75 with comorbidities. Germany is also believed to be reconsidering its refusal to authorize the vaccine for the elderly over earlier concerns over its efficacy.

Despite the promising signs from vaccines, the WHO’s emergency director Michael Ryan said it was “unrealistic to think that we’re going to finish with this virus by the end of the year”.

“But I think what we can finish with if we’re smart, is the hospitalizations, the deaths, and the tragedy associated with this pandemic,” he added. He pointed out that global new case numbers increased last week after six consecutive weeks of decline.

Vaccines are seen as crucial to returning the world to normality and healing the economy after a pandemic that has claimed more than 2.5 million lives across the globe.

More than 224 million doses have been administered worldwide, according to national data compiled by AFP, with the Philippines among the latest countries to launch a rollout on Monday. A new row is brewing over a call led by India and South Africa for intellectual property rights to the vaccines to be waived.

Backed by dozens of governments from Argentina to Bangladesh, they argue that this would boost production and ultimately bring the pandemic to a swifter end.

But the United States, the European Union, and Switzerland — home to major pharmaceutical firms — oppose the idea, which is being thrashed out at a World Trade Organization meeting on Monday and Tuesday.

Meanwhile, the seesaw nature of virus restrictions continued. Turkey rolled back some of its measures on Monday, reopening most restaurants for indoor dining and allowing more students to return to school.

Finland announced a state of emergency and moved towards tighter rules, while Germany began lifting curbs with the opening of salons.

“It’s such a relief,” Hans-Joachim Berthold, a 64-year-old Berliner, told AFP after rushing to his newly opened hairdressers. “I couldn’t bear to look at myself in the mirror before!”

But while inoculation campaigns are now well underway, the spread of highly infectious Covid variants has fuelled worries that they could prove more resistant to the vaccines.

Britain has appealed for a person infected with the potent Brazilian strain to come forward after they failed to leave contact details while being tested — meaning they could still be infecting others without knowing it.

In some countries, widespread vaccine skepticism remains another obstacle to achieving mass immunity, although a survey of six countries suggests a willingness to get the jab is on the rise.

Even in France, the country with the least enthusiasm of those surveyed, willingness is up to 59 percent, the study by KekstCNC found.