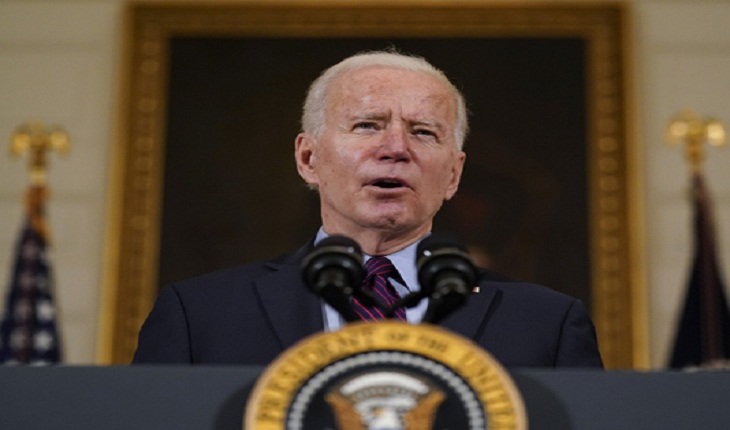 US President Joe Biden suffered his first cabinet defeat Tuesday as he pulled an ill-fated nomination, the clearest signal yet that immensely powerful moderates in the deadlocked Senate can imperil his administration’s ambitious agenda.

Biden was forced to abandon his push to make Neera Tanden the White House budget director after centrists on both sides of the political aisle made it clear they would not support her.

The opposition centered around several of Tanden’s previous tweets in which she disparaged lawmakers.

“I have accepted Neera Tanden’s request to withdraw her name from nomination for Director of the Office of Management and Budget,” Biden said in a statement.

“I have the utmost respect for her record of accomplishment, her experience, and her counsel, and I look forward to having her serve in a role in my administration.”

The 50-year-old Tanden, who heads a progressive think tank, wrote the president to say she was withdrawing because she did not want a debate over her nomination to be “a distraction from your other priorities.”

Several other Biden picks have made it into their posts with bipartisan support, including Secretary of State Antony Blinken and Treasury Secretary Janet Yellen.

But the Tanden setback comes amid growing recognition that substantial political power now rests in the hands of moderates, and one in particular: Senate Democrat Joe Manchin, who opposed Tanden.

Top Republican Mitch McConnell and his Democratic opposite Chuck Schumer have long been seen as the Senate’s critical powerbrokers.

But with the chamber deadlocked 50-50, and Vice President Kamala Harris wielding the tie-breaking vote, the spotlight has shifted to rank-and-file Democrats closest to the center who can suddenly make or break Biden’s day.

Chief among them is 73-year-old Manchin of West Virginia, who announced last week that he would not support Tanden.

Short a vote, the White House courted Republicans including moderates Lisa Murkowski and Susan Collins. With none riding to Tanden’s rescue, the nomination collapsed.

Joining Manchin in the spotlight is another moderate Democrat, Senator Kyrsten Sinema of Arizona.

With the chamber evenly split, Biden needs these new powerbrokers, and the rest of the Democratic caucus, to unite on nominations and critical pieces of legislation if they do not earn any Republican support.

Take the $1.9 trillion Covid-19 relief package, which the Senate is considering this week under budget reconciliation rules that allow its passage by a simple 51-vote majority rather than the typical 60 votes.

No Republicans have expressed support for the sprawling legislation, and McConnell is hoping to block what he called the “wildly expensive proposal.” If Democrats hang together, though — and that is a big if — it can get to the president.

Manchin and Sinema came out as opposed to a provision in the bill that would have raised the minimum wage nationwide to $15 an hour — something Biden campaigned on at length last year.

But with the wage increase getting stripped from the legislation because it was ruled incompatible with the reconciliation rules, the America Rescue Plan has a shot at becoming law. “We’ll have the votes we need to pass the bill,” Schumer asserted.

That came after Biden held a virtual lunch with Senate Democrats urging them to remain united to help American families hurt by the pandemic.

“The Senate needs to pass the American Rescue Plan and finish the job of delivering $2,000 in direct relief,” Biden tweeted. Beyond that bill, there are other Democratic priorities that appear under even more severe threat.

The House of Representatives is expected to vote this week on the election and police reform, while lawmakers are lining up legislation addressing gun safety and protection for so-called Dreamers, young immigrants who came illegally to the country as children. The measures could pass in the House, which has a narrow Democratic majority.

But in the Senate, the party does not have sufficient support to overcome the filibuster, a rule that allows the minority to block most legislation unless it gains 60 votes.

Still, for Biden, “this is far better than it might have been if Democrats had lost even one of the Georgia Senate seats,” said University of Virginia professor Larry Sabato, referring to two runoff elections that could have left Republicans in control of the Senate.