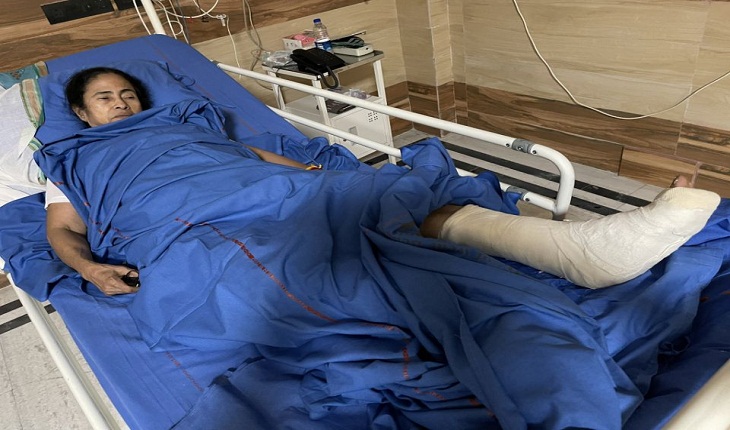 Mamata Banerjee, Chief Minister of West Bengal,  charged that she was “attacked” amid a “religious program” at Nandigram at the East Midnapore district of West Bengal.

The Chief Minister, who is running for Assembly in Nandigram against her protege-turned-enemy Suvendu Adhikari, said that “four to five people slammed her car door on her feet” during the incident.

Banerjee complained of "leg pain," "breathlessness," and "fever." The chief minister was rushed to SSKM, the city's premier government hospital, and her election campaign was cut short.

Since March 9, the chief minister has been camped in Nandigram, where she has rented four apartments. She had sent her nomination papers earlier today.

The second phase of West Bengal's eight-phase Assembly elections will be held in Nandigram on April 1.

“A group of four or five people barged in and hit me.” While on her way to Kolkata, the Chief Minister said that there was no police present. She went on to say, "It's a conspiracy."

However, the manner in which the security breach occurred is unclear. Banerjee has "z plus" security and she herself is the State's home minister.

According to police reports, a probe has been ordered.

Swapan Dasgupta, the BJP MP, tweeted: “We pray for @MamataOfficial speedy recovery from her foot injury. If she requires additional Central security, the Home Ministry will certainly provide it.”

Biden's first 100 days: Where he stands on key promises