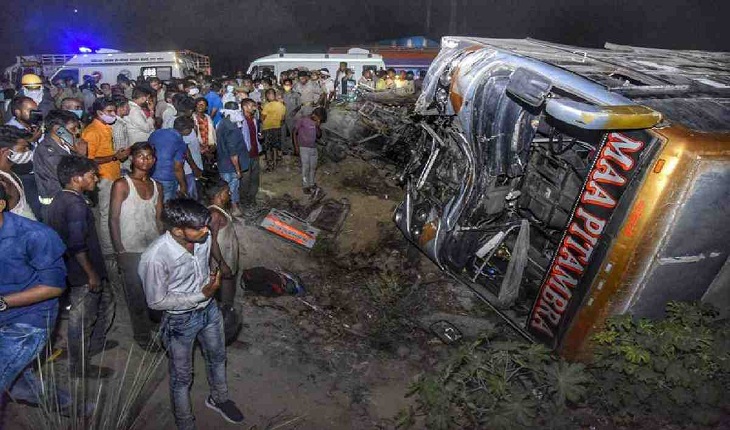 At least 17 people have been killed and more than five others injured in a head-on collision between a bus and a three-wheeler in the northern Indian state of Uttar Pradesh, police said on Wednesday.

The accident occurred in Kanpur district on Tuesday night when the passenger bus was heading towards the national capital from Lucknow, the capital of Uttar Pradesh.

"There was a collision between two vehicles, after which the bus overturned. While 17 people were killed on the spot, the five injured have been admitted to a local hospital," Inspector General of Kanpur Police Mohit Agarwal told the local media.

The victims were occupants of both the vehicles, police said.

"Prime Minister @narendramodi has announced an ex-gratia of Rs 2 lakh each for the next of kin of those who have lost their lives due to a tragic accident in Kanpur, Uttar Pradesh. Rs. 50,000 would be provided to those injured," the Prime Minister's Office tweeted.

A probe has been ordered into the accident,  Agarwal said.

Road accidents are very common in India, with one taking place every four minutes. These accidents are often blamed on poor roads, rash driving, and scant regard for traffic laws.

Indian government's implementation of stricter traffic laws in recent years has failed to rein in accidents, which claimed over 100,000 lives every year.