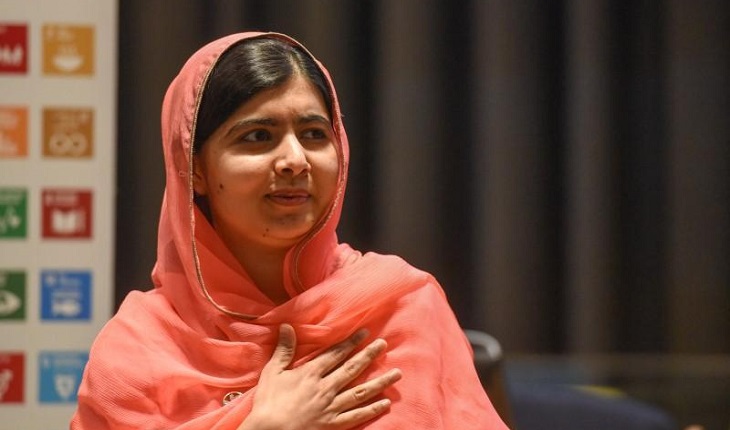 Pakistani Nobel Laureate Malala Yousafzai has urged the international community to speak with one voice to ensure that Afghan girls are allowed to go to school and their teachers are allowed to work.

Malala, the youngest Nobel laureate ever, briefed the UN Security Council on Thursday afternoon, on how the change of rulers in Afghanistan could impact the country’s women and girls.

Sharing her experience of running from gunfire and explosions on the street of Swat, she said her childhood 15 years ago was marked by public floggings, schools that closed their doors to girls and banners in shopping malls asking women to stay out.

“This is a story that many Afghan girls may share if we do not act,” she warned, calling on the Council to send a clear and unequivocal message to the Taliban that upholding the rights of women and girls was a precondition of any working relationship with them.

The briefing followed media reports that the Taliban, who returned to Kabul last month after 20 years, were once again limiting girls’ access to education and were forcing them to stay home.

“I raised my voice for every girl’s right to go to school. I saw a gunman stop my school bus, call my name, and fire a bullet at me. I was 15 years old,” she told the Security Council. “I saw my home transformed from a place of peace to a place of fear in just three years.”

Malala, who was shot by a Taliban gunman in Pakistan as she left school in 2012, urged the council to recognise “girls’ education as a powerful tool for building peace and security” and protect Afghan women and girls. Malala now heads a multi-million-dollar fund that promotes girls’ education across the world.

“Afghan women are demanding the right to choose their own future. In Kabul, their protests are met with tear gas, rifle butts and metal clubs,” said Mala while reminding the international community why they needed to act now.

She said she has worked with many Afghan women educators and advocates who spent the last two decades rebuilding an education system from scratch.

“Because of their efforts, 39 per cent of children attending schools in Afghanistan last year were girls,” she said. “Now that progress and those girls’ futures are under threat.”

Malala said she learned from Afghans that in some places girls’ secondary schools were being shut and teachers and students were being asked to stay home while many female teachers were told they no longer had jobs.