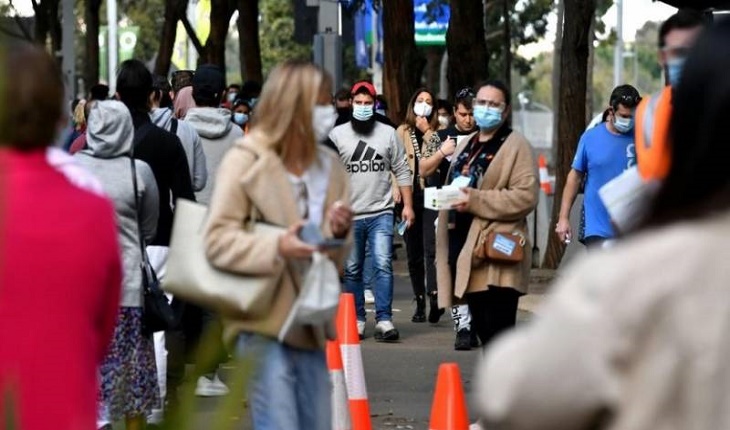 Vaccinated Sydney residents will finally emerge from a lengthy Covid lockdown by mid-October, Australian officials said Monday, outlining a "blueprint for freedom" as case numbers fell in the city.

Stay-at-home orders are set to be lifted in Sydney and surrounding New South Wales when the double-dose vaccination rate hits 70 percent, with state premier Gladys Berejiklian saying "quite confidently" that was now expected to occur on October 11.

Shuttered pubs, restaurants, and shops will be allowed to reopen to the vaccinated while friends and families living across Australia's biggest city will be able to reunite for the first time in more than three months.

"It is just this week and next week that we have to hang in there for," Berejiklian said.

"We are nearly, nearly there, and let's not give up at the last minute."

Deputy premier John Barilaro said the "blueprint for freedom" would allow travel across New South Wales once 80 percent of over-16s are fully vaccinated, which is likely to be hit by the end of October.

Restrictions on guest numbers at funerals and weddings would be lifted at the same time while sporting fixtures would also be permitted to resume.

However, unvaccinated adults will need to wait until at least December 1 to enjoy the same freedoms, when it is predicted that around 90 percent of the eligible population will be vaccinated, officials said.

The announcement came as new daily cases dipped below 800 in New South Wales on Monday -- down from peaks of around 1,500 earlier in September --and the number of adults with at least one vaccine dose reached 85 percent.

Berejiklian warned that hospitals still faced being overwhelmed by a surge in Covid-19 patients in the coming weeks.

"We know that once we start reopening at 70 percent double dose that the case numbers will go through the roof," she said.

"But what will protect us is the fact that so many people have received at least the first dose of the vaccine and those people will have that extra layer of protection against ending up in hospital or worse."

Australia has been grappling with a winter spike in the highly contagious Delta coronavirus variant that forced its two biggest cities, Sydney and Melbourne, into months-long lockdowns.

But a once-sluggish vaccine rollout has picked up pace across the country, prompting leaders to outline cautious reopening plans including the mooted resumption of international travel by the end of this year.