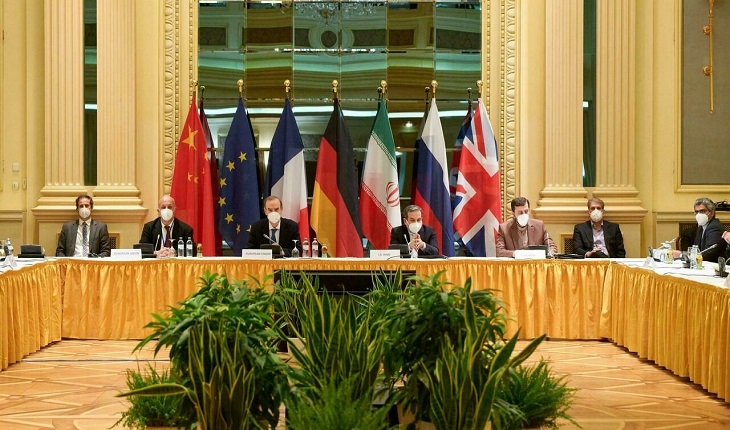 "We're hopeful we can be back in Vienna (for talks)... in a fairly short period of time," the senior administration official, who spoke on condition of anonymity, told reporters.

Iran's foreign ministry spokesman said Monday that the new round of discussions could begin by early November.

Iran's nuclear activity will be at the center of talks between US and Israeli national security teams in Washington on Tuesday and Wednesday.

President Joe Biden -- who reversed his predecessor Donald Trump's decision to pull the United States from international negotiations on curbing Iran's nuclear ambitions -- is keen to resolve the standoff diplomatically.

"The path in Vienna for negotiations does remain open," the US official said. "The Iranians are sending indications to a number of parties that they are preparing to come back to Vienna and of course we will have to see whether they reengage in that process constructively or not."

Despite Israeli skepticism, the Biden administration believes "very strongly that the diplomatic path remains the best," the official said.

However, the official said the White House and Israel's new government agree that Iran has made rapid advances since Trump quit the international effort to monitor Tehran's nuclear activities in return for sanctions relief.

Tehran insists that it does not seek nuclear weapons, only an energy industry.

"We have a common assessment of the extent to which Iran's nuclear program has dramatically broken out of the box since the previous administration left the Iran nuclear deal," the official said.

"The breakout time, meaning stockpiles of enriched uranium and other ways to look at this, it's gone from about 12 months down to a period of a few months. So obviously that's quite alarming."

The official said the United States believes diplomacy will be "the best way to put a ceiling on the program and roll back the gains that Iran has made in recent years."

However, there is no movement to lifting sanctions and if diplomacy doesn't work "there are other avenues."

"We think the onus right now is on the Iranian side," the official said.