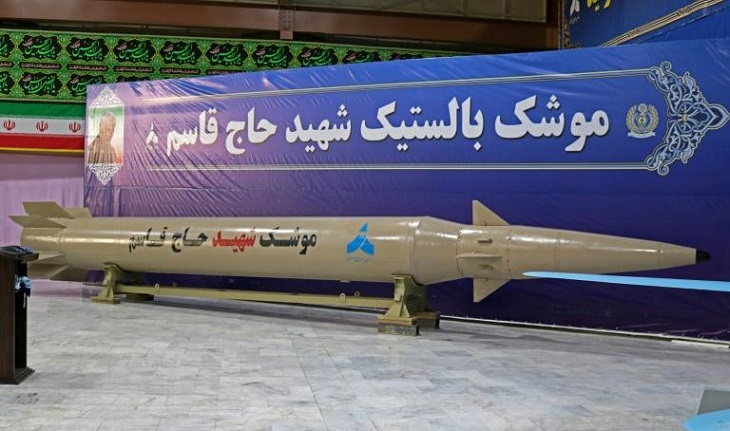 The United States and its Arab allies in the Gulf accused Iran Wednesday of causing a nuclear crisis and destabilizing the Middle East with ballistic missiles and drones.

The warning came in a joint statement issued after a meeting of the US and Gulf Cooperation Council working group on Iran, which was held in Saudi Arabia.

"All participants urged the new Iranian administration to seize the current diplomatic opportunity" stemming from the resumption of talks in Vienna aimed at salvaging the Iranian nuclear accord, and "prevent conflict and crisis," the statement said.

These indirect talks between the US and Iran were suspended after Iran elected a new president in June and are now scheduled to resume late this month.

They are aimed at resurrecting the 2015 multinational accord aimed at preventing Iran from developing nuclear weapons.

The US under then president Donald Trump pulled out of the accord in 2018, and in response Iran has abandoned many of the commitments it made under that agreement to curb its nuclear program.

"Iran has taken steps for which it has no civilian need but that would be important to a nuclear weapons program," said the statement from representatives of the US, Saudi Arabia, the United Arab Emirates, Qatar, Bahrain, Oman and Kuwait.

These countries also condemned what they called "a range of aggressive and dangerous Iranian policies including the proliferation and direct use of advanced ballistic missiles" and drones.

"Iran's support to armed militias across the region and its ballistic missile program pose a clear threat to regional security and stability," the statement said.

Some Gulf countries such as Qatar and Oman are often seen as channels for the US to communicate with Iran.

Saudi Arabia, a Sunni monarchy fiercely opposed to Shiite Iran, has also recently undertaken a quiet but noticeable dialogue with its neighbor under the auspices of Iraq.

These Gulf countries "briefed" Washington on "their efforts to build effective diplomatic channels with Iran" in order to ease tensions, albeit with the support of American military dissuasion.

"The US and GCC member states stressed that these diplomatic efforts will not succeed if Iran continues to provoke a nuclear crisis," the statement concluded.