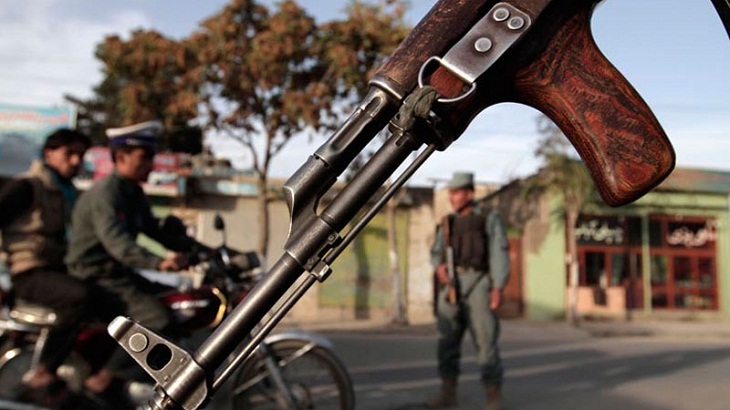 An Afghan policeman linked to the Taliban shot dead 11 of his colleagues at a checkpoint in the southern province of Helmand, officials said Tuesday, in the latest so-called "insider attack".

The incident occurred late Monday as the policemen were sleeping in their barracks in the provincial capital Lashkar Gah.

"A policeman affiliated to the Taliban shot 11 of his colleagues, killing all of them," a provincial official told AFP, declining to be named.

"He then fled the area, taking all the ammunition and firearms with him," he said, adding that police had launched a search for him.

Bloodied corpses of the policemen were strewn around the checkpoint, many of them shot from close range, Shir Mohammad, a police officer stationed at a nearby outpost, told AFP.

Taliban insurgents, who control vast swathes of the opium-ravaged province, claimed responsibility for the killings.

So-called insider attacks when Afghan soldiers and police turn their guns on their colleagues or on international troops have been a major problem during the 15-year-long war.

Afghan security forces battling a resurgent Taliban are struggling to tackle such incidents as they also face record high casualties and mass desertions.

Lashkar Gah one of the last government-held enclaves in Helmand risks falling to the Taliban's repeated ferocious assaults. The intensified fighting in the province last year forced thousands of people to flee to the city from outlying districts.