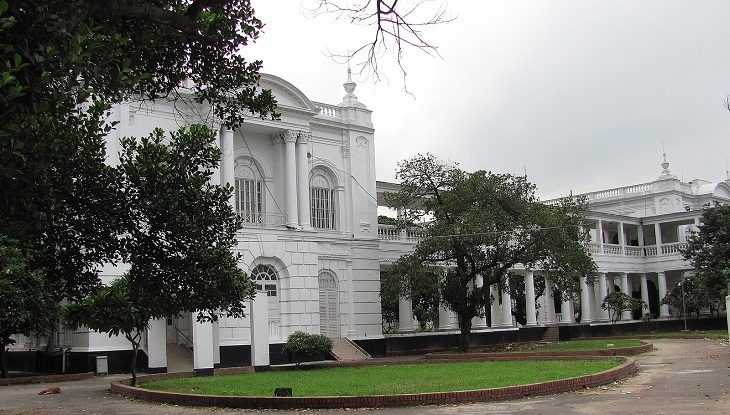 The prosecution of the International Crimes Tribunal (ICT) today submitted formal charge against Liakat Ali and Aminul Islam alias Razab Ali, two alleged war criminals from Habiganj and Kishoreganj respectively, bringing seven charges against them. "Liakat and Razab carried out mayhem in Habiganj, Kishoreganj and Brahmanbaria along with their men in 1971," said senior prosecutor Rana Dasgupta. Justice Anwarul Haque, chairman of the three-member panel of the ICT-1, set May 18 for passing further order in this matter. Liakat, former president of Lakhai upazila Awami League in Habiganj, was involved with Muslim League along with his maternal uncle in 1970. Later he joined Razakar Bahini. On the other hand, Aminul was a member of Islami Chhatra Sangha, then student wing of Jamaat-e-Islami and became Al-Badr leader in his locality in 1971. The self-proclaimed Al-Badr man also wrote a book titled "Ami Al-Badr Bolchhi."