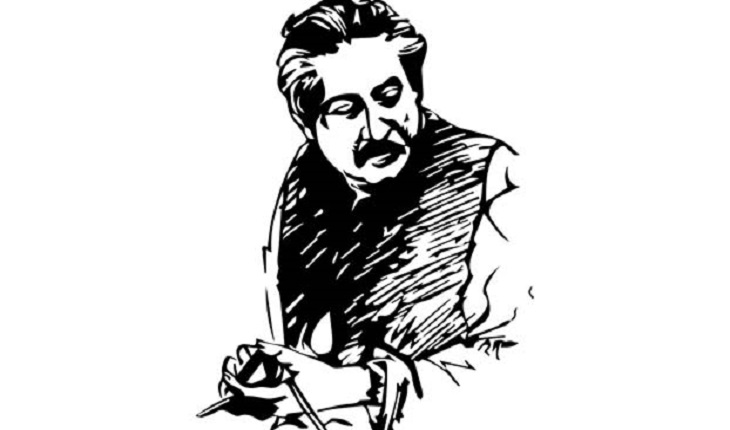 Bangabandhu assumed in person the charge of Bangladesh on his return home on January 10, 1972, but archival documents suggest he had set the newborn country's tone regarding foreign relations with several striking demands, even before setting his foot in his liberated homeland.

Following his release from captivity, Pakistan authorities flew him to London and then from there he went to New Delhi, via Cyprus and Oman, en-route Dhaka, in a British Royal Air Force jet.

The documents and testimonies of people concerned said he had made clear his policy demands involving India, Britain, the USA and Pakistan in between the journey time from Rawalpindi to Dhaka.

Return of Indian troops
Former Indian diplomat Sashanka Banerjee, who was posted in London in 1971-1972 and personally knew Bangabandhu since early 1960s, was one of two Indian emissaries to fly onboard the RAF Comet plane with the Bangladesh leader on his way to Delhi.

"The opportunity to fly with Mujib on the RAF Comet jet on a 13 hour journey . . . turned out to be my life's most important political mission," Banerjee said briefly while talking to this BSS journalist from his current abode in London by phone and then referred to his memoirs for details.

Banerjee said he managed to get his seat next to Bangabandhu and in front of their twin-seats there was a table, a characteristic of VIP flights, where the Bangladesh founder kept his smoker's pipe and his favorite Erinmore tobacco box.

The diplomat recounted that following initial chitchats and a drink of orange juice, Bangabandhu appeared somber and meditative, and asked if Banerjee could do him a "big favour" calling the task "advance spadework".

"There was no hesitation in his demeanor," Banerjee recalled and added as he replied in the affirmative, “Bangabandhu told me to convey a very important personal message from him to Mrs Indira Gandhi, promptly on arrival in Delhi which the Bangladesh founder called as “advance spadework”."

"He would like me to reach out to PM Indira Gandhi after landing at Delhi Airport, with a message from him asking her to consider withdrawing the Indian Armed Forces within three months to 31 March 1972," Banerjee wrote.

The diplomat acknowledged that initially he was nervous thinking if he would be able to reach the message to Gandhi's ear soon after landing in Delhi in a celebratory atmosphere, but found one of her top advisers DP Dhar on the tarmac to convey it first.

Banerjee informed him that Bangabandhu would raise the issue with Gandhi in their summit talks shortly thereafter and also "I conveyed quite firmly to Dhar that Mujib would regard this issue as the most critical for discussion with the PM and might even treat it almost as a litmus test".

Dhar, he said, took him to the Indian premier to tell her exactly what Bangabandhu said.

"Mujib did indeed raise the issue . . . Mrs Gandhi conveyed to him about her agreement that the Indian armed forces would be withdrawn from the soil of Bangladesh as per Sheikh Sahab's request, by 31 March 1972," Banerjee said.

Recognition issue
According to a published article of Asian Affairs editor and former BBC journalist Duncan Bartlett, the British authorities were taken by surprise when Bangabandhu arrived in London on January 8, 1972.

"Britain's Prime Minister, Edward Heath, was on holiday at the time. Yet he felt the unexpected visitor was so important that he cancelled his break and quickly arranged to host talks at Number 10 Downing Street. The discussion took place that same evening," wrote Bartlett.

Bartlett said Bangabandhu's meeting with Heath was not "particularly lengthy but we know what was discussed in some detail, thanks to a statement made about it in parliament and a letter which was sent by Heath to the US President, Richard Nixon".

"From those sources, we learn that Mujibur made some striking requests. With the benefit of historical hindsight, it is interesting to note that most of them were accepted fairly swiftly," the British journalist commented.

His first request, Bartlett wrote, was that, in view of Bangladesh's successful Liberation War, Britain should recognise it as an independent nation.

"Less than a month after the meeting, on 4 February in 1972, Britain became one of the first countries to do so, a move that encouraged other Commonwealth and Western powers to follow suit," the British journalist wrote.

According to the British parliamentary records, Heath himself later narrated his meeting with Bangabandhu while addressing the House of Commons.

"When Sheikh Mujib came to see me at Number 10, I explained to him that our policy was to try to get good relations between the three countries in the Indian subcontinent," the British premier said.

Heath continued: "We would do our utmost to help Bangladesh in the present situation."

Demand involving the USA
Bartlett said another striking demand of the Bangladesh leader for Britain was that the UK would as well have to "apply pressure" on the Americans to offer diplomatic recognition to Bangladesh.

"This was a tall order because, although Britain and the United States were, then as now, loyal allies, the US administration had wholeheartedly sided with West Pakistan during the Liberation War," the British journalist wrote.

But, he said, in response to Bangladesh leader's request, Heath wrote to US President Richard Nixon, seeking not only the US acknowledgment of Bangladesh as a sovereign state, "but also that it help convince Pakistan's new leader, Zulfikar Ali Bhutto . . . to do the same".

"America duly offered recognition to Bangladesh in the spring of 1972, with Pakistan going on to do so in 1974," Barlett recounted.

The British journalist, however, commented that Pakistan's acceptance of Bangladesh was not primarily due to British or American influence and "In fact, it came under great pressure to do so from mainly Muslim nations".

Ruling out any formal link between East and West

Bangabandhu in his own maiden speech at the Race Course Maidan on his return home on January 10, said Bhutto had asked him to consider scopes to keep Bangladesh even in a loose federation with Pakistan.

The Bangladesh leader ruled out any such possibility in that very address on that historic day but even before setting his foot in his homeland he conveyed Bangladesh decision to the British premier.

"In his (Bangabandhu's) talk with me, (he) ruled out any formal link between East and West (Pakistan), Heath's letter to Nixon read.

"Anything which you (Nixon) can do to help Bhutto accept the inevitability of recognition of Bangladesh would be most helpful," Heath wrote.

Bartlett recalled that before the Bangladesh founder returned home, he held a press conference at Claridge's hotel in London and also gave some TV interviews, including one to the well-known presenter David Frost.

"Naturally, he was asked many questions about the situation in Bangladesh but his knowledge of events in the region must have been very limited, as he had been held not only in prison but in solitary confinement in Pakistan until soon before his trip to London," he wrote.

Bartlett added: "Nevertheless, he seemed to captivate the press and this may have been a factor in convincing Edward Heath to push the Bangladesh cause at an international level."

Speakers for learning from Bangabandhu's life to take Bangladesh forward

UNESCO’s award on Bangabandhu is a great tribute to our paramount leader: Lawmakers