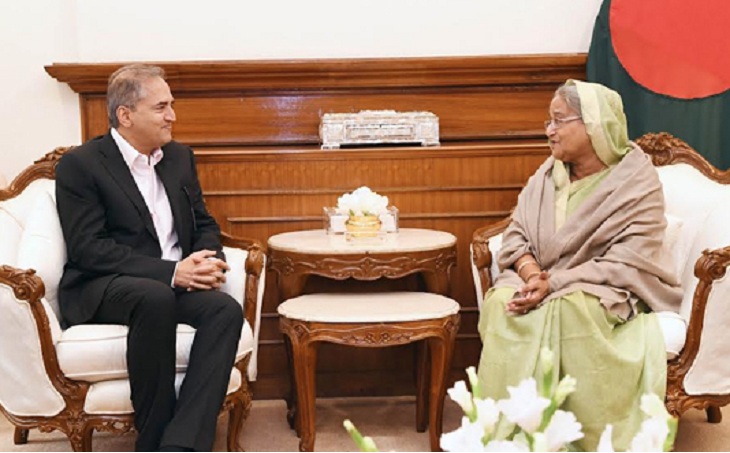 “The Bangladeshi doctors did an excellent job … you cannot expect more than this even in the developed countries,” PM’s Press Secretary Ihsanul Karim quoted the cardiologist as saying while briefing reporters after the meeting at the Prime Minister’s Office.

He suggested sending Obaidul Quader abroad for better treatment, saying that local doctors have to work under tremendous pressure for treating such a celebrity.

The premier extended her sincere thanks to Dr Shetty for coming to Bangladesh quickly responding to the call for the treatment of Obaidul Quader.

“I was eagerly waiting to hear your opinion about the treatment of Obaidul Quader,” she told the cardiologist.

In response, Dr Shetty told the premier, “I will come to Bangladesh, whenever you call me.”

The prime minister also talked to Dr Shetty about the country’s medical education.

Referring to Bangabandhu Sheikh Mujib Medical University, she said her government for the first time in the country established such a medical university so that the medical students do post graduation and carry out research.

She said the work on setting up such universities in Chittagong and Rajshahi was almost completed.

“The socioeconomic progress of the common people of Bangladesh over the last few years is remarkable,” he said.

Obaidul Quader was taken to Singapore this afternoon by an air ambulance after Dr Shetty gave the “go ahead” to move him after examination.

Quader’s blood pressure has improved and diabetes is under control, Dr Shetty said at a briefing at the BSMMU Hospital, where the Awami League leader was admitted with blockages in three coronary arteries yesterday.

Dr Shetty further said Quader’s condition is better than yesterday but he is not out of danger.

The BSMMU doctors have done their best, he added.

Myanmar not acting as per deal over Rohingya repatriation: PM