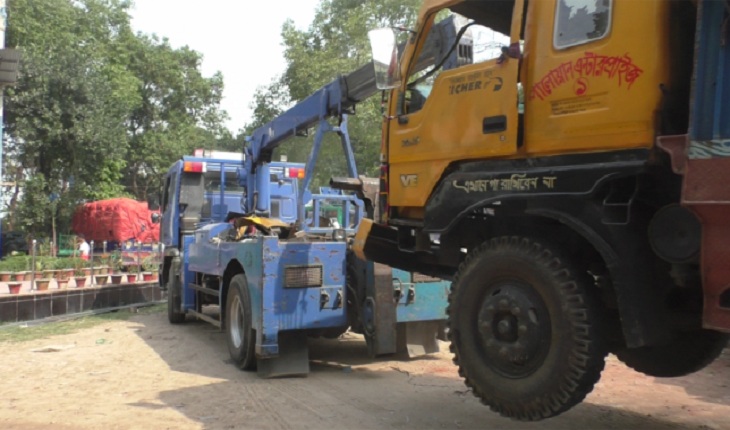 Three people were killed in a road accident in Manikganj this morning as a pick-up van collided with a truck coming from the opposite direction on Dhaka-Aricha highway.

The deceased were identified as the pick-up van’s driver Mansur Ali, 25, his helper Habibur Rahman, 20, and a passenger Zillur Rahman, 27.

Habibur and Zillur died on the spot while Chan Mia succumbed to his injuries while he was being taken to Dhaka for treatment.