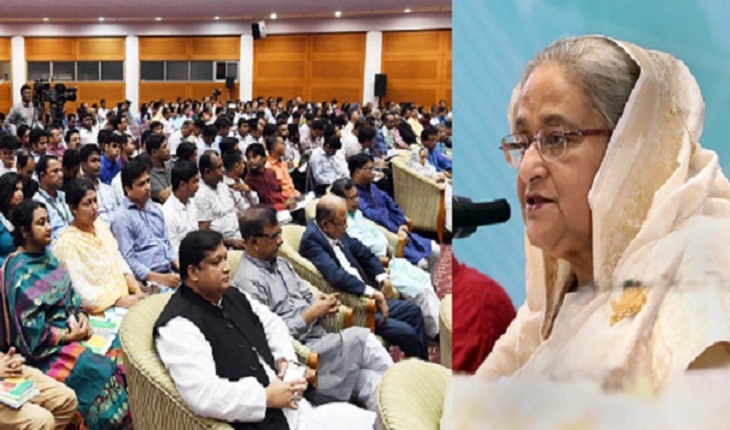 Prime Minister Sheikh Hasina on Friday urged journalists of print and electronic media to figure out the amount of defaulted loans piled by media owners.

The premier made this call while responding a query from a reporter on increasing defaulted loans in banking sector.

She asked them to write about the bank loan defaults after paying bank loans taken by the media owners.

Sheikh Hasina was briefing the media about the proposed national budget for FY 2019-2020 and responded to questions for the first time in the history of the country as Finance Minister AHM Mustafa Kamal was sick.

“You (media people) don’t need to question me about the bank loan default, if you gather information regarding loans taken by owners of the media outlets and how much they have paid back, you would get the answer,” said Hsina.

However, Sheikh Hasina informed that the government is giving the bank loan defaulters a scope to pay the loans. If they fail to avail the scope, action will be taken against them.

The amount of bank loan defaults was shown bigger as it is counted with the cycling order of interest, she said, adding that the amount of the actual loan is smaller.

Describing high interest rate as one of the reasons for bank loan default, she said, “I have given the private banks many advantages to bring down the interest rate against loan to single digit. But, they were yet to materialise it.”

Tough directives have been given to reduce the bank loan interest to single digit to attract investment and initiatives have been taken to amend several related laws, she said.

Education sector will be given priority: Prime Minister