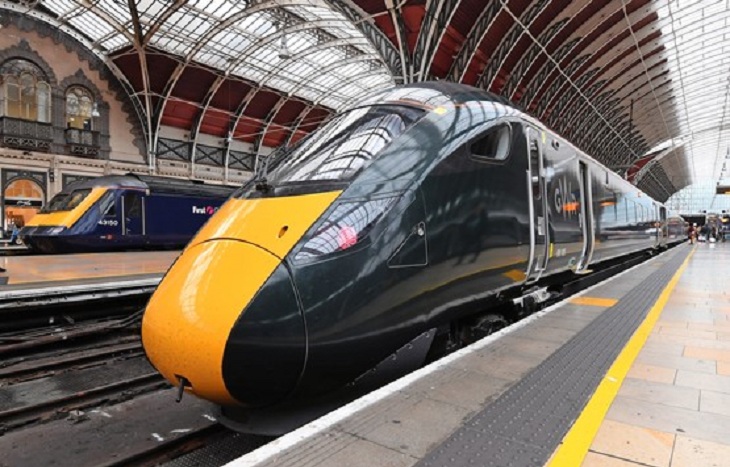 Prime Minister Sheikh Hasina on Wednesday said the government has a plan to introduce electric and high-speed trains in the country to make the railway services better and faster.

"We’ve a plan to generate more electricity as we’re now producing 22,000MW…we’ll be able to introduce electric trains in near future…we’ll set up rail lines for remote areas as well to introduce speedy trains for easier communications," she said.

The Prime Minister said this while inaugurating ‘Benapole Express’ for plying between capital Dhaka and Benapole, and the extension service of Dhaka-Rajshahi nonstop intercity ‘Bonolata Express’ train to Chapainawabganj.

When the Awami League government came to power, she said, it inherited only 1,600 MW of electricity generation capacity, but it now jumped to 22,000MW.

Hasina mentioned that with the introduction of electric and speedy trains, goods transports will be easier and faster creating opportunities for enhanced business and trade.

"The economy will get stronger…we’ll be able to establish poverty- and hunger-free Golden Bangladesh as dreamt by Father of the Nation Bangabandhu Sheikh Mujibur Rahman, and for what the freedom fighters fought and laid down their lives," she said.

The Prime Minister mentioned that the current distance between Dhaka and Benapole by railway is much longer 385 kilometres.

"There’s good news! On completion of the Padma Bridge, we’ll set up Bhanga as a railway junction…we’ll link Jashore with Faridpur, and then there’ll be no problem to go to Benapole through that route. The distance will get reduced by 180 kilometres while the journey time by 4-5 hours. Anyone will be able to travel to Benapole from Dhaka at the minimum time," she said.

In this regard, she asked the authorities concerned to recruit necessary manpower to the railway and provide modern training to make its staff capable of operating such modern trains.

“Such steps will strengthen both the railway communications and the national economy fulfilling the desire of establishing a prosperous Bangladesh,” she said.

Hasina said trains can carry a greater number of passengers and goods at lower cost which is very much important for a densely populated country like Bangladesh.

"But it’s regretful that during the BNP regime they had wanted to close this sector. After returning to power, we created a separate ministry for the railway sector and made separate allocation in the national budget so that they could provide services to people," she said.

Terming communications as very important for development, Hasina said the aim of her government is to take communications services closer to mass people.

For that, she said, the government is improving the services on roads, airways, waterways and rail communications gradually.

About the new trains, the prime minister said, these are the gifts of her government for the people of Rajshahi and Khulna Division ahead of the upcoming Eid-ul-Azha.

A video documentary was also screened at that time on the development of Bangladesh Railway.

Later, the Prime Minister also exchanged views with government officials, businessmen and beneficiaries at Benapole and Chapainowabganj ends through the videoconference.