PM Hasina flies to London on a 17-day visit 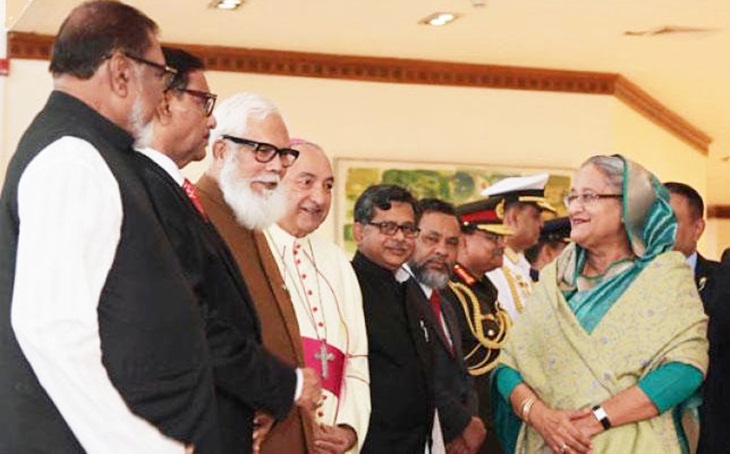 Prime Minister Sheikh Hasina on Friday left Dhaka for London on an official visit to the United Kingdom.

A  Biman Bangladesh Airlines VVIP flight carrying the prime minister and her entourage took off from Hazrat Shahjalal International Airport here for London at 9:35 am.

Besides, the cabinet secretary, the chiefs of Bangladesh Army and Bangladesh Navy, the acting chief of the Bangladesh Air Force, the dean of the diplomatic corps, the British high commissioner to Bangladesh and high civil and military officials were present.

The flight is scheduled to reach Heathrow International Airport in London at 3:55 pm (local time) today.

Bangladesh High Commissioner in London Saida Muna Tasnim will receive the prime minister at the airport.

"During the visit, the prime minister will attend a Conference of Bangladesh Envoys (in Europe) in London tomorrow," PM's Press Secretary Ihsanul Karim said.

At the advice of Bangladeshi doctors, the prime minister will also receive eye treatment in London, he said.

The prime minister is expected to return home on August 5.

UK 'will have to face consequences of no deal'