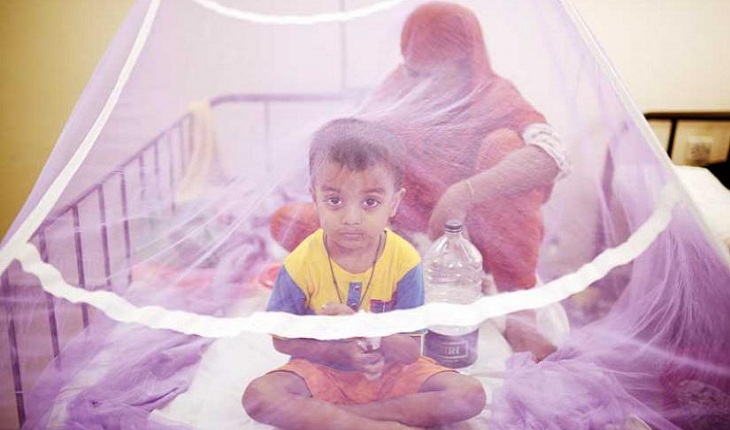 At least 1,719 patients infected with dengue were admitted to hospitals in the last 24 hours across the country, according to the Directorate General of Health Services (DGHS).

Of them, 759 were diagnosed with the mosquito-borne disease in Dhaka city while 960 were outside the capital.

This year, Bangladesh has seen a record number of dengue cases.

A total of 49,999 patients were admitted to hospitals after being infected with dengue this year and of them 40 died, according the official estimates.

However, the death toll is much higher as per unofficial estimates.

Dengue situation in the country took an alarming turn this year with the viral fever reaching all 64 districts.

Experts said climate change effects, intermittent rain, pattern of weather and lack of cleanliness were the main reasons for this outbreak of dengue fever.

The situation keeps getting worse every day with the authorities fearing further deterioration during Eid holidays.

The DGHS also advised people who will come back to their residences after Eid holidays to spray mosquito killers before they enter their houses.

Foods to eat (and avoid) if you have dengue fever