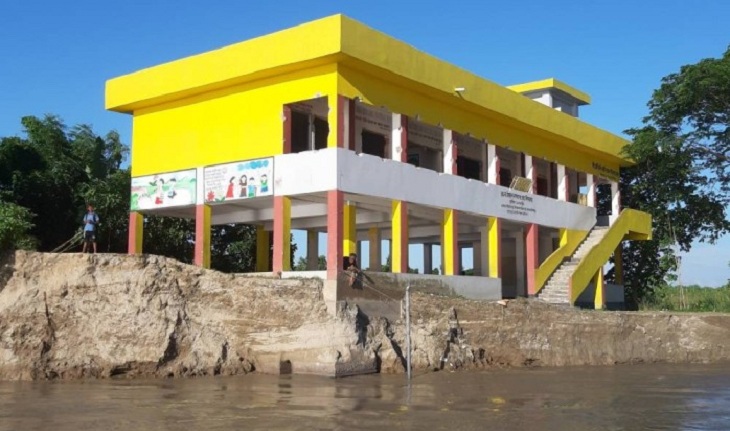 With the decrease in Padma water level, the river bank erosion has turned acute devouring 11 educational institutions and over 200 houses at Dhulshura union in Harirampur upazila of Manikganj district.

Dhulashura Union Parishad Chairman Jahid Khan said even his own home is at stake due to the erosion, and no action is being taken to repel it.  “Unless steps are taken, schools, madrassas, mosques and other buildings will soon disappear in the Padma,” he said.

Affected people were seen moving for safe shelters with their belongings while many have taken shelter in their neighbours’ and relatives’ houses.

Executive Engineer of Water Development Board (Manikganj) Mahbub-e-Mawla Md Mehedi Hasan said there has been no fund allocation to fight the erosion, although Tk 20 lakh was received as part of emergency measure to save Syednagar Government Primary School.

“Sand bags will be dumped across a110-metre area to save the school,” he added.

Padma Bridge to be completed within 2020