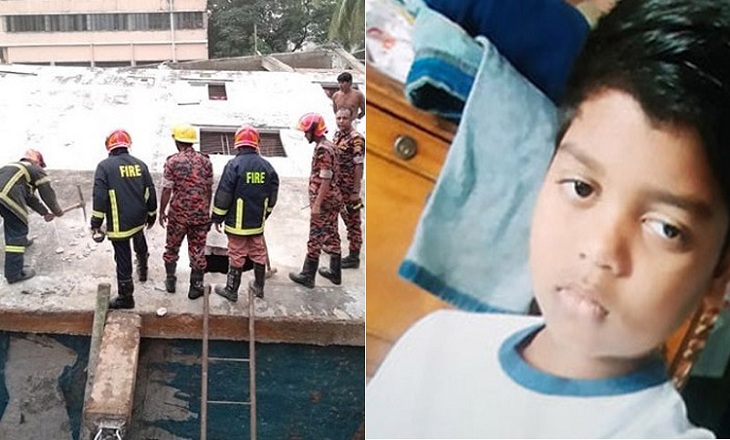 The body of the trapped school boy Iftakar Ahmed Wazid has been ecovered, 46 hours after a four-storey building collapsed in Babubail area of Narayanganj on Sunday.

Wazid, son of Abdul Rubel of the area, was a sixth-grader of Sunrise Model School.

The 10-year-old boy, who lived in a neighboring building with his parents, went to the collapsed building for private tuition.

With this, the death toll of the Narayanganj building collapse rose to two, as the body of another 6-grader Md Soyahor Hossain, also a cousin of Wazid, was also found inside the collapsed building.

Seven people were hospitalised after they sustained injury in the accident.

The building was constructed two years ago on a canal reportedly violating the building code, said locals.