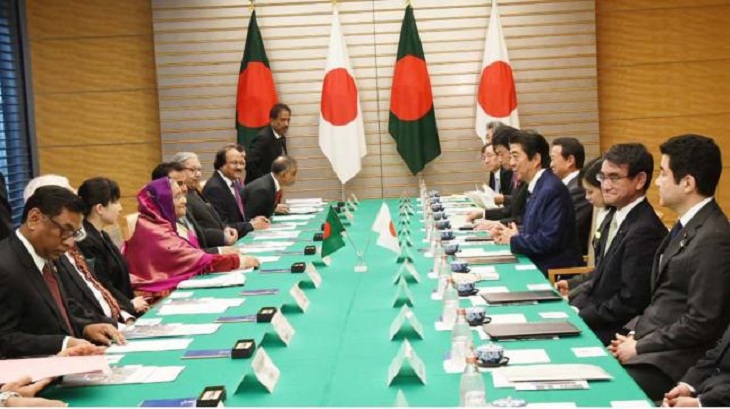 Japan has reiterated its stand with displaced Rohingyas in realizing their early repatriation to Myanmar in a safe, voluntary and dignified manner.

“I would like to emphasize that Japan and its people would not hesitate to extend our hands to all those who are suffering from the situation,” the newly-appointed Japanese Ambassador to Bangladesh Naoki Ito said after his first visit at Rohingya camps in Cox’s Bazar on Tuesday.

Describing the Rohingya situation as extremely severe, the envoy thanked the staffs of international organizations and NGOs who devoted themselves to help the displaced persons under such condition.

Since the massive influx of displaced people into Bangladesh in August 2017, Japan had granted about US$ 99.2 million to international organizations and NGOs supporting the camps in Cox’s Bazar for displaced people and the host communities by providing food, shelter, medical services and human-resource trainings, a press release of Japan embassy said.

Not a single Rohingya returns to Myanmar: Momen

Rohingyas’ voluntary return is only solution: PM to NAM leaders

Singapore to raise Rohingya issue in next ASEAN summit