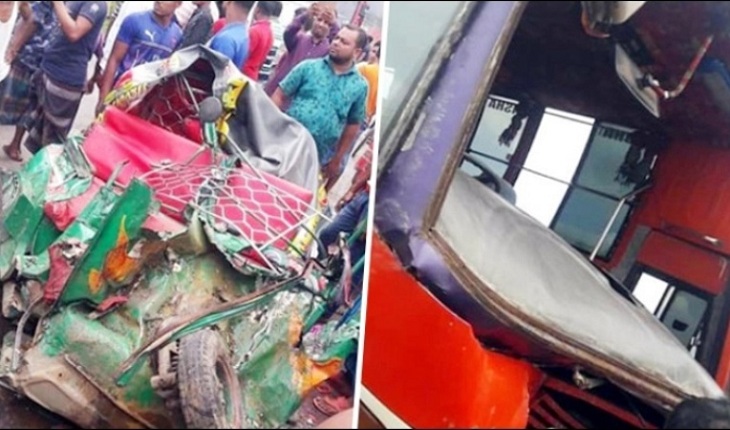 At least seven people, including five family members, were killed and some others injured as a bus crashed head-on with a CNG-run auto-rickshaw in Muktagachha upazila in Mymensingh on Saturday afternoon.

The accident occurred when a Jamalpur bound bus from Rajib Paribahan hit the auto-rickshaw on the Mymensingh-Jamalpur highway in Vabkir Mor area about 3:50 p.m., leaving four passengers dead on the spot and six others injured, said Muktagacha police officer Biplob Kumar Biswas.

Later, the locals rushed the wounded to the Muktagcha Upazila Health Complex, where the doctors declared three more dead, he said.

The police have already detained the bus driver, he said.