US sees real potential to deepen ties with Bangladesh, India 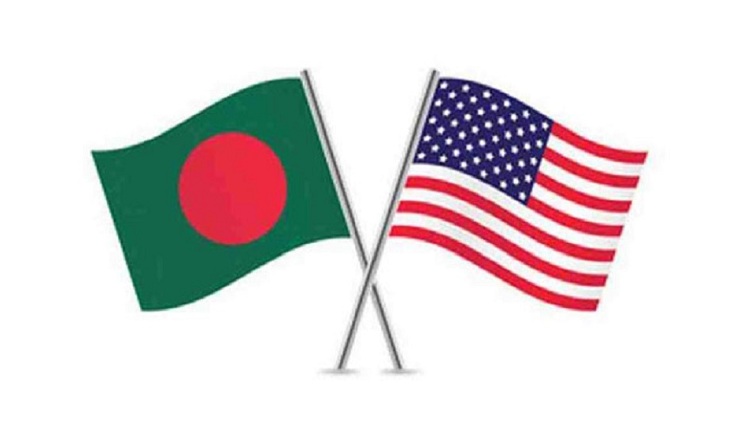 The United States wants to deepen its ties across South Asia, particularly with Bangladesh and India, as it sees real potential to have stronger relations.

"We’re at a moment of real potential in the opportunity to deepen our relations across South Asia, but in particular with these two partners - India and Bangladesh," US Deputy Secretary of State Stephen E Biegun told a telephonic briefing on Tuesday night.

Deputy Secretary Biegun said his recent visit to both Bangladesh and India was part of a series of engagements the United States has had with both of these critical partners.

"And it’s one that you’ll see continuing to progress over the weeks and months ahead," he said.

Biegun said they have an intervening election that will happen but he reiterates his confidence that regardless of the outcome of their elections, the future is quite bright for relations between the United States and these two very important South Asian partners.

"It's certainly a task that I’m happy to be a part of and I’m very much looking forward to our next engagements," he said.

Biegun returned to Washington on Saturday night after a week-long trip to Delhi and to Dhaka, where he had "extraordinarily warm and constructive discussions with the governments in both countries, and it leaves me very confident that our relationship with both of these countries is positioned for only further success in the future.”

The purpose of his trip to Bangladesh, he said, was to take stock of and deepen US relations and set a course forward for how they can expand cooperation in people-to-people areas; in various areas of government interest, including science and culture and medicine in particular.

The purpose of his visit was also to talk about security issues and how they make sure that they do their utmost, working together, with a series of partners in the Indo-Pacific to promote a free and open Indo-Pacific that guarantees sovereignty and prosperity for the nations in the region.

In Bangladesh, Biegun said, they had a chance to discuss a number of important opportunities in the relationship, including close cooperation on Covid-19.

Biegun said they will continue to remain engaged with the people of Bangladesh and the Bangladesh government in its democratic journey to achieve the best possible form of democracy.

"It's the United States view that Bangladesh’s future lies in the path to democracy... what distinguishes Bangladesh as a leader in South Asia has been Bangladesh’s constant efforts to advance towards democracy," said the US Deputy Secretary of State.

He said through 50 years of independence, military dictatorships and coups, still the goal of perfecting democracy remains a critical element of a bright future for Bangladesh and it is certainly one that the United States is going to provide every assistance and encouragement for.

While responding to a questioner in the telephonic media briefing on Tuesday, the Deputy Secretary of State said the United States wants to work with the Bangladeshi government to get to this state.

Biegun said they are fully cognizant that Bangladesh is advancing in a region which has not always been hospitable to democracy, and building a democratic culture and sustaining it over a course of numerous elections is a challenge that every nation has to confront on its own.

"And in the case of Bangladesh that’s no different," said the US Deputy Secretary of State.

Biegun said he would be careful not to make a "crowd judgment" about Bangladesh as a snapshot in the current moment, but rather look at it in the larger continuum of what they want for Bangladesh and what they believe the Bangladeshi people themselves want for their own country.

"I’m confident that deepening our relationship, continuing to give voice and example to our own values here in the United States of America, to having an open ear to the government as well as civil society in Bangladesh are the best ways that we can produce that outcome," said the Deputy Secretary of State.

Biegun said he did have some great discussions about a wide range of issues with the Bangladeshi government and also civil society. "I had a chance to meet with independent media and have a discussion with them about the current state of affairs in Bangladesh."