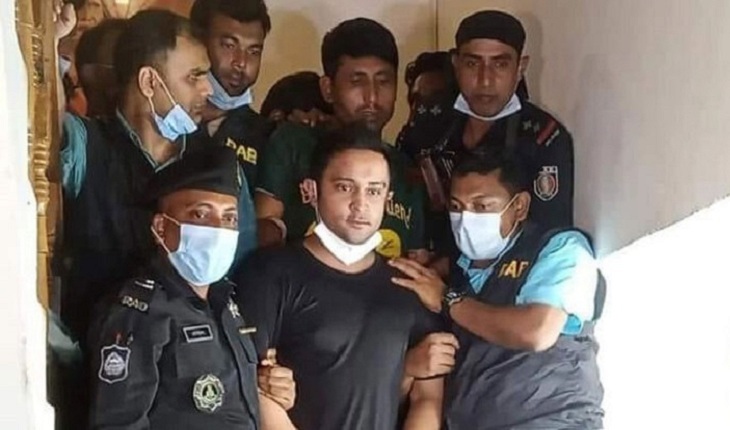 Mohammad Erfan Salim, son of Haji Salim, a MP, was sentenced to three days in jail for attempting to kill a Navy officer.

Bangladesh Navy Lt. Wasif Ahmed Khan brought the case against Erfan and his associates at the Dhanmondi Police Station.

As part of the Corona protection measure, the arrestees are in 14-day quarantine inside the Dhaka Central Jail in Keraniganj.

Law enforcers confiscated enormous wine, yaba, and remote-controlled talking devices during the raid. Erfan was sentenced to 18 months in jail for the offenses by a mobile court headed by Executive Magistrate Sarwar Alam. The court also jailed Zahid's bodyguards for six months for instigating the crimes.