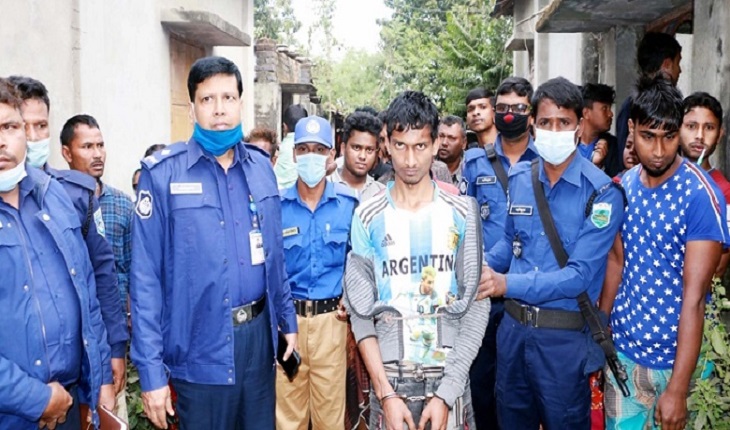 After the incident, police arrested killer Subash Mahanta, 28, a human hauler driver, the son of Sunil Mahanta, from the city.

Anamika Mahanta, the child's mother, said that Subhash snatched the minor from her lap and hacked him to death on Thursday at 7:00 a.m.

Fakhrul Islam, Officer-in-Charge (OC) of the Phulbari police station, said that after learning about the incident, the police recovered the child's body from the spot.

In connection with this a murder case was reported at the police station, he said.