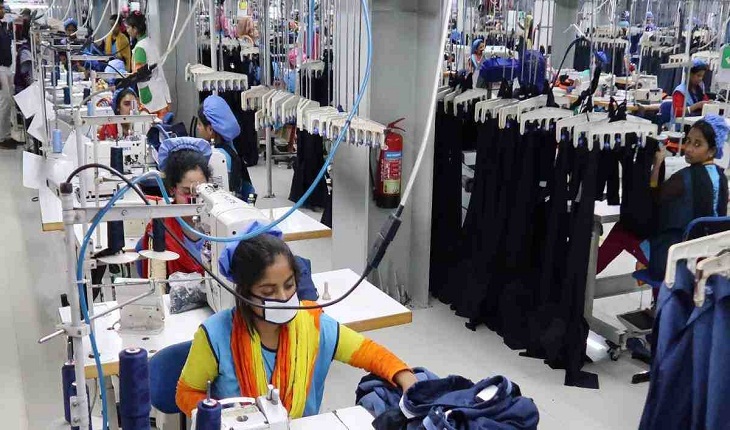 With the world economy struck by the economic crisis brought on by the Covid-19 pandemic, the Bangladeshi economic engine has shown itself to be rather resilient in facing down the crisis and keeping the wheels of the economy turning.

While formulating the budget for the 2020-21 fiscal the government was in a quandary regarding the sources of financing for implementing the budget because of the potential stagnation or even recession the economy could have faced during the COVID-19 pandemic.

But in reality, the government was able to avoid any notably tough challenges during the first quarter of the fiscal year (July to September) while the second quarter became gradually more comfortable.

According to the statistics from the National Board of Revenue (NBR) and Bangladesh Bank, the government did not fall into a fund crisis in the first quarter (July-September) as the revenue growth was 4.11% in the stipulated time.

Besides, the expense for interest payment was significantly lower due to the idle liquidity in the money market.

In the current account balance of the government, the trend for running surpluses returned. On the other hand, the reserve for the foreign currency already passed the USD 44 billion landmarks.

Finance Minister AHM Mustafa Kamal recently in a program said that the government had fixed the target to touch the USD 42 billion by end of this year, but the target was achieved much earlier.

"We have another target to make the foreign reserve USD 50 billion by 2030 and we hope that we will be able to do that," he told the program.

According to the NBR, the revenue collection for the July-September period was Tk 499.89 billion, which is 4.11% higher than the same period of the previous fiscal.

In the first quarter of 2019-20 fiscal, the selling of savings certificates was Tk 46.98 billion while the amount in the same period of 2020-21 fiscal was Tk 116.62 billion. The target of the government to borrow from savings certificate is Tk 200 billion in the running fiscal.

On the other hand, the government is getting the benefit of excessive idle liquidity of Tk 1700 billion in the banking sector, which resulted in lower interest rates for government borrowing from this sector.

In September 2019, the balance of the government in the current account was Tk 0.71 billion in deficit, but a year later it was Tk 3.53 billion in surplus.

In the first quarter of 2019-20 fiscal, the government got loans of Tk 500 billion from foreign sources, while it is Tk 89.49 billion in the current fiscal.