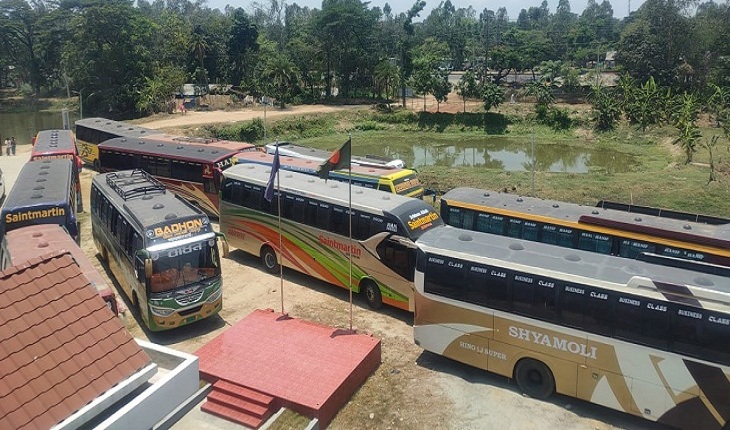 Comilla Region Highway Police have seized long-distance buses as well as microbuses and pickups carrying a large number of passengers as they entered from one district to another in the dark of night in defiance of the government ban.

The vehicles were seized on Monday night (May 10) at the Highway Police check post in the Mainamati Highway police station area and Daidkandi area of ​​Comilla on the Dhaka-Chittagong highway.

It can be seen on the spot that in the middle of the night on Eid, homebound people were seen returning home on foot. Ordinary people expressed their grief and anger as public transport was not allowed to move.

Mollah Mohammad Shahin, Additional Superintendent of Police, Comilla Region Highway Police, said passenger vehicles violating government restrictions were not being allowed on the highway. These activities will continue till further instructions from the government.