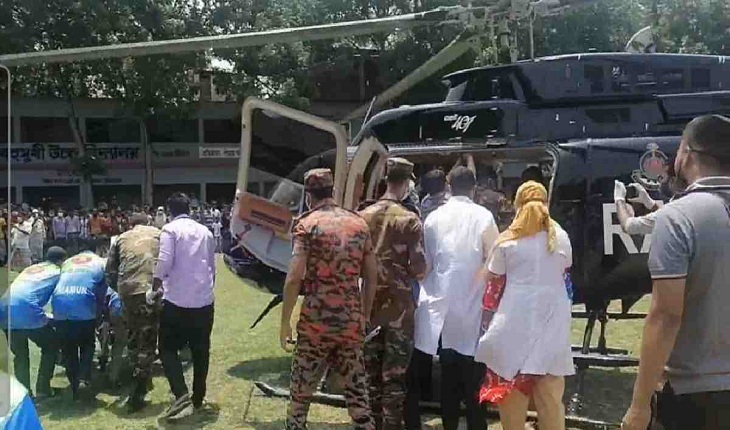 Two people, including a member of RAB-4, were killed when a microbus hit a Rab vehicle on Dhaka-Mymensingh highway in Gazipur on Wednesday.

SI Rakib said a microbus of RAB-4 went to Bhabanipur area of Gazipur Sadar Upazila and suddenly it stopped running due to a mechanical fault on the way from Dhaka to Sreepur. Later, local mechanics, Rifat and Liton were called to repair it.

At one stage, another speeding microbus hit the RAB-4 van from behind, leaving four RAB members and two mechanics were seriously injured.

Later, they were taken to Al Hera Medical Center at Mauna Chowrastar in Sreepur Upazila for treatment where a doctor declared Khairul Islam dead.