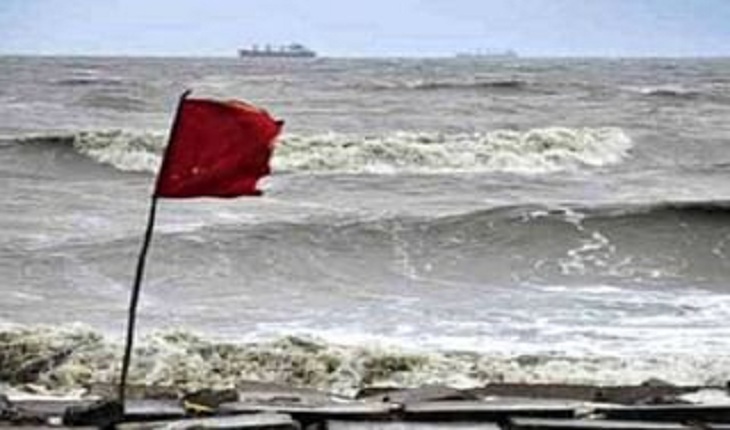 The maritime ports of Chattogram, Cox's Bazar, Mongla, and Payra were advised to hoist distant warning signal No. 2 on Monday instead of cautionary No. 1 as the depression over the Southeast Bay and adjoining the Andaman Sea intensified into a cyclonic storm 'Yass', reports UNB.

The depression over East-Central Bay and the adjoining area moved north-westwards and intensified into a cyclonic storm 'Yass' over the same area.

It is likely to intensify further and move in a north-northwesterly direction.

The maximum sustained wind speed within 54 km of the deep depression center is about 62 KPH rising to 88 KPH in gusts or squalls, the bulletin said. The sea will remain very rough near the depression center.

All the fishing boats and trawlers over the North Bay and deep sea have been advised to remain close to the coast and proceed with caution. They were also advised not to venture into the deep sea.